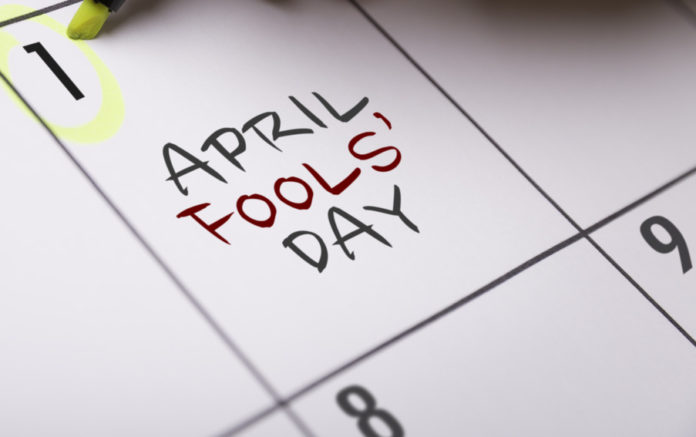 Why is April Fools Day celebrated? On this day, it is normal to see jokes on any social network.

Is a friend of yours pregnant, a family member on a trip or have you seen posts from your friends that do not match their common way of being? Everything is a joke! Today you have to be very careful on social networks and not believe what you read, even if they are messages from famous artists, everything is fake because it is the April Fools , a day similar to the day of the Holy Innocents.

Do you know why it originated? We tell you his story.

ORIGIN
Hundreds of years ago, it was common for royalty to celebrate New Years holidays in April and not December as usual. The celebrations began after the beginning of spring, from March 25 to April 1; However, customs changed by order of King Carlos IX, after Pope Gregory III promulgated the use of a new calendar, the one we currently use.

This caused the dates and traditions to be modified, now the celebration of the French moved to January 1, but since the people of the royal class were very conservative, they decided to continue celebrating on April 1, earning ridicule from other citizens.

Since then, the European tradition of making jokes about anything is followed, although some users may go overboard, the joke is to make people laugh and surprise them with something that is fake. LOL Have you fallen for a joke? There are fans who even pose as an artist and manage to catch some victims.

We meet Cheetah in the trailer for Wonder Woman 1984

Premium rates for Bitcoin Cash and Litecoin on Grayscale

Adele reappears on Twitter, but doesn’t talk about music

Radio stations around the world in the form of the earth!

THE PHRASE OF KATY PERRY THAT FURTHERED THE BTS FANS

How Many Coronavirus-related Deaths Have Reached Worldwide?