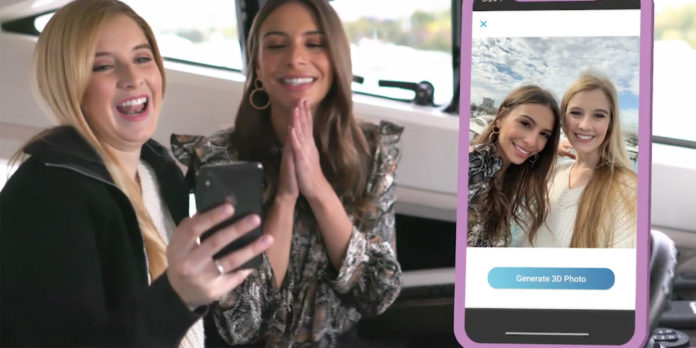 Occipital, which has added something to itself with the technologies it has developed for 10 years, has introduced its new application by combining these experiences at one point. The company makes it possible to scan in 3D within a few seconds with smartphones with its new applications.

In the past months, SPAR 3D said that the lenses in today’s smartphones may become very useful in the future. According to SPAR 3D, Time-of-Flight (ToF) and depth sensors on phones would allow anyone to carry a 3D scanner in their pockets.

Here’s what SPAR 3D predicted has become reality thanks to Occipital. Occipital, mostly known for its 3D sensors attached to the iPad, has released a video of its technologies that quickly scan an interior 3D. Moreover, there is no need for a depth camera to use the technology developed by Occipital.

With the new technology of Occipital, 3D scanning will be possible in a short time from smartphones:

What if everyone could quickly capture interior spaces, and produce beautiful, immersive, practical 3D models?

The technology developed by Occipital may not be a ‘big improvement’ for some people, but it should be remembered that almost all 3D scanner applications we have seen so far have several disadvantages. We had to take a detailed shot that took a lot of time while using these apps.

Here’s what Occipital does is to change exactly that. Occipital co-founder Jeff Powers explained the difference created by the technology they developed with the words “You can scan a high resolution and accurate scale 3D model of an interior with a phone and a minute”.

Occipital received help from its past enhancements and made use of the Simultaneous Localization and Mappings (SLAM) algorithm to be able to do detailed 3D scanning in a short time. SLAM also includes real-time monitoring and deep learning technologies.

As you can see in the promotional video above, the smartphones we use every day can show us a place in 3D in a short time. You can view 3D scans obtained with the new technology of Occipital either from your phone or over the internet.

Occipital has given everyone a chance to access it, even though it has not yet released its new technologies to everyone. The company has created a page for beta users to test their new technologies.