Home Tech Application that can detect Arrangements in Photos: Mirage 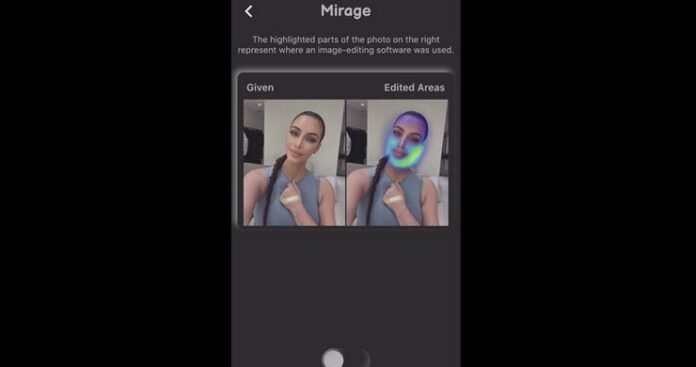 An Indian app developer has developed an app that can detect and remove edits made in photos. According to the developer, the application can perform this process thanks to machine learning algorithms.

With the widespread use of photo-oriented social media platforms, especially Instagram and Snapchat, many photo editing applications have started to appear in app stores. Among these applications, the applications that I can call “beauty applications” are among the highly sought-after categories.

Application that can detect edits in photos

A Reddit user named Akshat Jagga has developed an application that can detect and remove manipulations in photos. According to the Indian developer, this application called Mirage, which means mirage and illusion, uses machine learning to detect the arrangements made.

You’re uploading a photo or a screenshot to the app. The app offers two different versions of the photo after analyzing this uploaded photo for a few seconds. One of the photos presented by the application after the analysis is the original photo that was uploaded, while the other shows a photo showing the points where it is played.

It is not known how the app uses a machine learning algorithm to detect and remove edits in the photo, but we can say that it is quite interesting in appearance.

You can download the app from both the App Store and the Google Play Store. While you need to pay a fee of $ 1.99 for the iOS version of the app, you can download it for free on the Play Store. Also, according to the news in Beebom, you have to subscribe to the application before using it. You can watch the video showing how the application works here. Finally, let’s say that the subscription system is annoying.