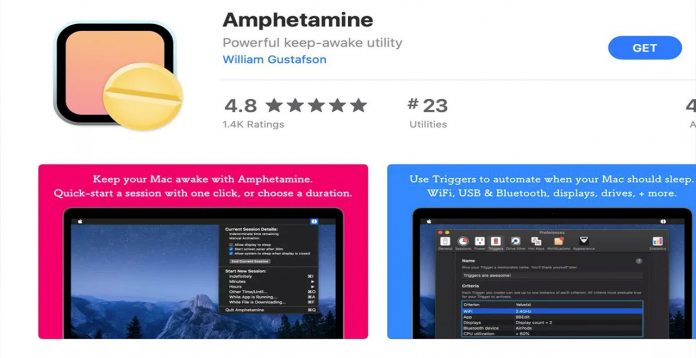 The App Store, which prohibits applications that encourage the consumption or sale of drugs, removed the application called Amphetamine on the grounds that it violated community rules. However, returning from its decision, Apple allowed the sleep mode regulator application to remain on the platform.

The macOS application Amphetamine, which prevents Apple computers from entering sleep mode, has been removed from Apple’s store, although it is not related to the drug with the same name. Apple told the owner of the app, which has been on the AppStore since 2014, that it cannot be found in the store unless it changes its name and logo, as it promotes drug production and use, citing community rules.

However, the company stepped back after the creator of the application, William C. Gustafson, spoke to The Verge about the issue. Stating that the application cannot be included in the AppStore again without making the necessary changes before, Apple stated that it took a step back and the decision was canceled. Stating that they received an ultimatum in December, Gustafson said, “We have been given 2 weeks to remove all references to amphetamine. Also the pill image on our logo had to go. Otherwise, we would be completely removed on January 12 ”.

Stating that until recently there were no objections or complaints about the name or icon of the application, Gustafson said in a statement on Twitter, “I had a meeting with Apple. The appeal is upheld and Amphetamine will remain on the AppStore. “Thank you all for your comments, views and actions,” he said.

There was no official statement from the Apple wing regarding the developments for Amphetamine, which has 4.8 points and approximately 450,000 downloads in the app store.