Home Tech Apple’s processor does a big job in space 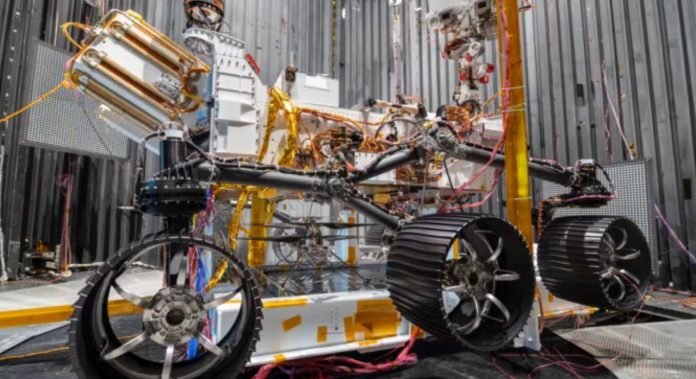 When NASA’s Perseverance guided itself to the Martian surface on February 18, it did this with the help of the same processor that powered the 1998 iMac G3. The processor of the iMac G3 helped Apple become the company it is today, with its success in the market at that time. The PowerPC 750 CPU used in the computer celebrates its 23rd anniversary in 2021.

By modern standards, the PowerPC 750 is no longer something that can be used at home. The processor that powers Perseverance is a single core processor with approximately 6 million transistors and a clock speed of 233MHz. When you compare this processor with the M1 chipset that Apple recently announced with 16 billion transistors and a maximum clock speed of 3.2 GHz, the PowerPC 750 remains a very modest CPU.

However, the iMac G3 processor is not the only technology product that has proven its reliability to NASA. Another example of this situation; In 2006, the agency equipped the New Horizons probe with the Mongoose-V processor, a radiation-proof version of the original PlayStation’s MIPS R3000 CPU.

Of course, when you send a $ 2.4 billion rover for a one-way trip to a planet 38.6 million miles from Earth, most importantly, you need a reliable CPU.

It is stated that what the PowerPC 750 has demonstrated itself over and over is exactly what it is said to be. The RAD750 variant of the PowerPC 750 in Perseverance can withstand 200,000 to 1,000,000 Rads. It is also hardened to withstand temperatures between -55 and 125 degrees Celsius.

In addition, the RAD750 is currently found in about 100 satellites orbiting the earth. In addition, it should be noted that all of these processors are still working.

Tom Holland: “The most ambitious superhero movie ever”