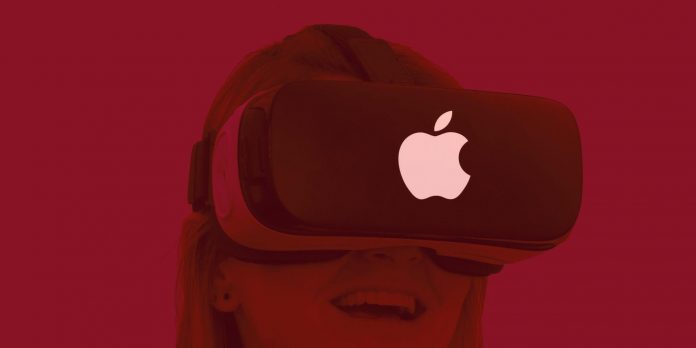 It is reported that Apple’s upcoming mixed reality headset will use the firepower of its next-generation M2 processor, the same silicon that is also used in the company’s newest MacBook Air and MacBook Pro computers. Apple’s headset is touted as one of the most advanced of its kind, with at least 14 cameras for tracking limbs and facial expressions. The latter is important as the company is reportedly planning to enable FaceTime calls via Memojis for people joining a video call via headset.

Sony is said to be supplying micro OLED panels for the headset, which reportedly offer a combined 8K resolution complete with a “pass-through” feature. The idea here is that external cameras will broadcast everything that falls into the field of view of the lenses onto a curved high-resolution display panel inside. There are rumors that Apple is even working on its own augmented reality/virtual reality operating system called realityOS, which is a clear sign that the company is striving to create a full-fledged metaverse ecosystem. And to make it work, it will need computational brains with the necessary amount of firepower.

Related: Apple’s AR/VR Headset Is Expected To Appear In January 2023.

In the latest issue of his PowerOn newsletter, Mark Gurman notes that the company’s upcoming AR/VR headset will be equipped with an M2 processor. Previous rumors predicted that the wearable device would be equipped with an M1 class processor. It was once assumed that the Apple headset would work as a tethered device, transferring most of its computing functions to a connected device, which could be an iPhone, iPad or Mac. However, the company’s engineers eventually opted for an autonomous device, which gave rise to rumors about the chip powering it. Gurman claims that the M2 silicon inside the AR/VR headset will be accompanied by 16 GB of RAM, which corresponds to what the company offers in its Mac hardware.

Lots of Energy and Potential

Interestingly, TFI Securities analyst Ming-Chi Kuo recently predicted that the Apple headset will be equipped with a main processor for heavy work and a coprocessor for working with sensors on board. With a chip as powerful as the M2, it’s obvious that Apple wants it to manage more than just graphics-intensive applications. Spatial audio is said to be already on the table, and TrueDepth camera hardware technology is rumored to be coming to the tablet for gesture tracking as well. In addition, SharePlay – a technology that allows users to watch movies and stream music together with friends and family members during a FaceTime conversation – is also advertised as an integral part of the headset.

Apple will expand it by allowing multiple headset-wearing users to participate in multiplayer games. Kuo also predicted that Apple’s first metaverse hardware will also use advanced eye tracking hardware along with an iris recognition system. It is not surprising that all this innovative equipment and impressive capabilities will cost a tidy sum. Reliable sources predict that it will easily cost north of $2,000 apiece, and even this is considered the lowest possible estimate if Apple initially wants to move a lot of devices at a subsidized price to create a market.

Loki to return to Disney + for a Season 2