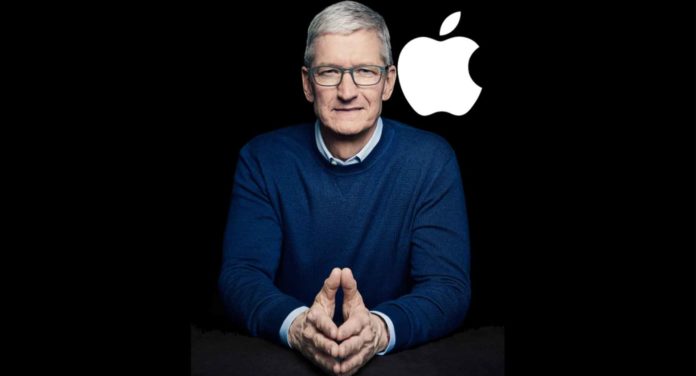 Apple has almost rolled up sleeves to protect US healthcare workers throughout the Corona virus outbreak. The company that designed the face shields quickly started the production of masks. CEO Tim Cook announced the development in a video he posted on Twitter on Sunday. In addition, the technology giant had supplied 20 million face masks for doctors and nurses. These were high-quality N95 masks that filter at least 95 percent of airborne particles.

Apple will also carry its face shields beyond the US
The first of Apple’s newly developed face shields was delivered to the Kaiser Permanente hospital facilities in California’s Santa Clara Valley last week. Cook added that each shield was set up in less than two minutes and is fully adjustable, adding that the feedback from doctors has been positive so far. The company hopes to expand the distribution of these shields beyond the US.

“We continue to cooperate with medical specialists and government officials in the U.S. to deliver them to where they need them,” Tim Cook said in the video. said. Cook; He added that the company’s design, engineering, packaging and operation teams as well as their suppliers are working on the project. According to Cook, Apple will produce 1 million face shields by the end of this week. Later, the company plans to send them by ship.

Apple continues to fight Corona virus
Continuing to combat the Corona virus pandemic, which killed more than 8,000 people in the U.S. and infected more than 300,000 people across the country, Apple recently developed an application to help keep the public up to date on the latest Covid-19 information. The company said it donated $ 15 million for the Corona virus fight in March.

Other tech giants like Google and Facebook have also launched new initiatives to help tackle the epidemic in recent weeks. Google has prepared an analysis that shows whether the community is adapting to social distance. Anonymized data was used for this analysis, which is shown on Google Maps. Thus, public health professionals will be able to conduct healthier researches about the spread of the virus to the public. Facebook also said it would invest $ 100 million in the news industry to support journalism throughout the pandemic.

Stardew Valley – version 1.5 will include farms with beach