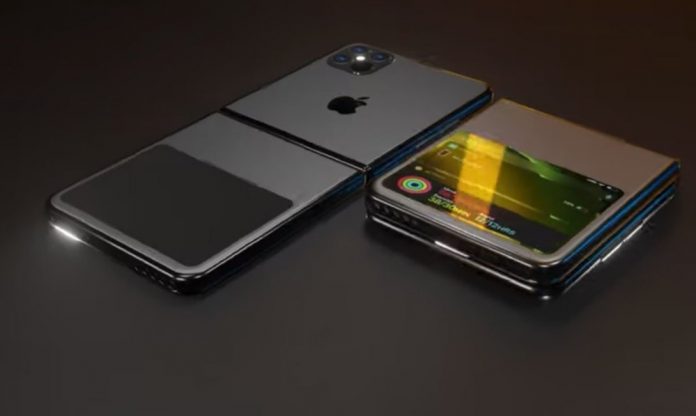 Apple once again came up with the foldable screen iPhone. According to a reliable Taiwan-based news source, the company carried out endurance testing of two different prototypes at Foxconn’s factory in China. It is currently unknown which of the devices will continue.

US-based technology giant Apple occasionally comes up with the claim that it is developing an iPhone with a foldable screen. It is currently not possible to know how true these claims are, but the latest information from Taiwan reveals that Apple really cares about foldable screen phones. According to the report in the Economic Daily News newspaper, Apple has focused on two different foldable screen iPhones.

Apple allegedly tested the durability of two different prototype phones in Foxconn’s factory in China. Speaking about these phones, sources say that one of the tested devices looks just like the Samsung Galaxy Z Flip, that is, it can be folded vertically. The second prototype model tested, allegedly, was a dual-screen iPhone connected by hinges.

In fact, the idea of ​​a foldable iPhone is not a big innovation for Apple. Because the company first announced that it plans to develop foldable screen phones by obtaining a patent in 2017. In 2018, a reliable source said Apple would launch its first foldable screen phone in 2020. However, it seems that the pandemic conditions caused Apple’s plans to be delayed.

Jon Prosser, one of the leakage masters of the smartphone industry, has come up with a new project by Apple in recent months. This project actually represented an iPhone with dual screens. According to Prosser’s claims, Apple would make two screens appear as a single screen on this phone. The interesting thing is that Apple, which received a patent as Prosser described last week, suggested that it could be included in the folding screen phone boom.