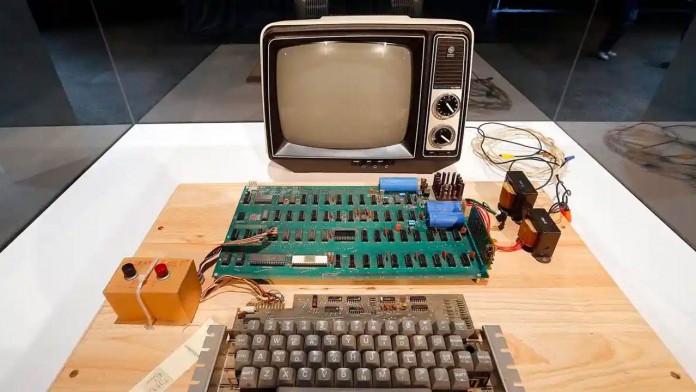 Apple: A model of Apple-1, Apple’s first computer and considered the beginning of personal computers, assembled by Steve Jobs himself, was sold at auction. The price paid by the buyer was 400 thousand dollars. In another auction in 2014, a different Apple-1 was bought for $ 1,905 thousand. Yesterday evening, we shared with you that a special product assembled by the hands of Steve Jobs, one of the founding partners of Apple, will be put up for auction. This product was Apple’s first computer, the Apple-1, which was produced nearly 45 years ago and was limited to just 200 units. But that wasn’t the only thing that made the model in question, which went up for auction, special. The model at the auction was assembled by Steve Jobs himself.

The Apple-1 model, which attracts the attention of all collectors as well as technology collectors, was put up for auction with bids starting at $200,000. The auction of the computer, which is one of the 20 Apple-1 models working today, ended and the computer was sold to its new buyer.

It sold for $400,000, along with a cassette containing the Apple-1 manual and Apple software, which was auctioned off at the John Moran Auction house in California and has only been used by two users to date. The computer was designed, assembled and tested by Apple founders Steve Wozniak and Steve Jobs in collaboration with Patty Jobs and Daniel Kottke.

The Apple-1 had a price tag of $666.66 in 1976 when it was released. This odd price tag was due to Steve Wozniak’s love of repetitive numbers. Even the phone number he used at the time had repeating numbers. When we adapt the price of $ 666.66 to the present day according to inflation, a price tag of $ 3,213 appears. So the Apple-1 was more expensive at the time than the new 16-inch MacBook Pro ($3,199), which is now on sale with the M1 Max processor and top-of-the-line hardware.