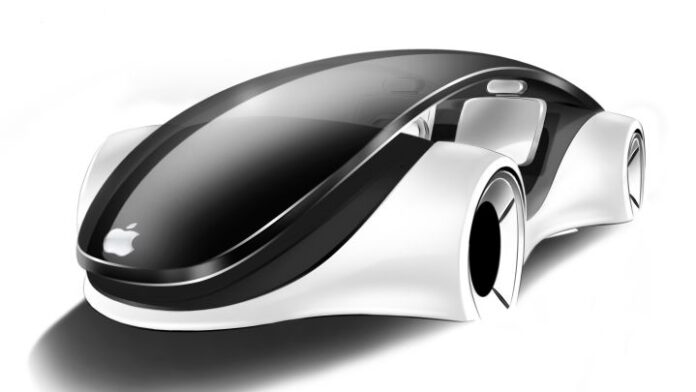 The iPod, which imposed the consumption of digital music; the iPhone, the most influential invention at all levels -technological, social, business, etc.- of the last 30 years; Apple Park, the jewel in Steve Jobs’s crown that he could never see finished… The creations and style that Apple embodies are there, but of all its projects there is one that is one of the most curious ones it has always created, because how would it be an apple car?

2014: Apple begins work on the Titan project, a proprietary electric vehicle. The project is underway in a restricted area in Cupertino, with more than 1,000 people working on it.

2015: Rumors that Apple is developing its own car are exploding, and everyone is wondering what the ‘Apple Car’ will look like.

2016: According to rumors, the Apple Car project seems to change course. The idea of ​​creating your own vehicle is abandoned, and Apple focuses instead on creating and designing software that can be licensed to automakers.

2018: New data suggests that Apple is continuing to work on its vehicle, aside from autonomous driving systems for other brands. Former Apple employee Doug Field returns home after working for Tesla for several years to oversee Titan. In July of that year, a former employee is arrested by the FBI for stealing secrets about the autonomous Apple car project. The company has 5,000 employees on the project. The BBC reports that Apple has 66 registered driverless cars, with 111 registered operator drivers. In August of that year, rumors arise that one of the Apple Cars has had an accident.

2019: In January of last year, Apple laid off more than 200 employees from its Project Titan. In June it acquires an autonomous vehicle startup.

2020: On December 21, 10 days before the end of the year, the Reuters information agency publishes new data indicating that the Apple Car will be ready in 3 years, by 2024.

Briefly and shallowly, this has been the history of Titan or the Apple Car, always wrapped in the hermeticism and secrecy of its own that have surrounded all Apple projects. And just when we thought that the Apple car was already discarded or stopped again, Reuters reports that those of Cupertino are advancing with self-driving technology, and aims by 2024 to produce a passenger vehicle that could include its own state-of-the-art battery technology-

Apple’s goal is “to build a personal vehicle for the mass market in contrast to rivals like Alphabet Inc’s Waymo,” which have developed robo-taxis to transport passengers for a driverless transportation service. And central to Apple’s strategy is a new battery design that could “radically” lower the cost of batteries and increase the vehicle’s range, according to a third person who has seen Apple’s battery design.

Mind Reading Device That You Can Charge Your Phone When You...