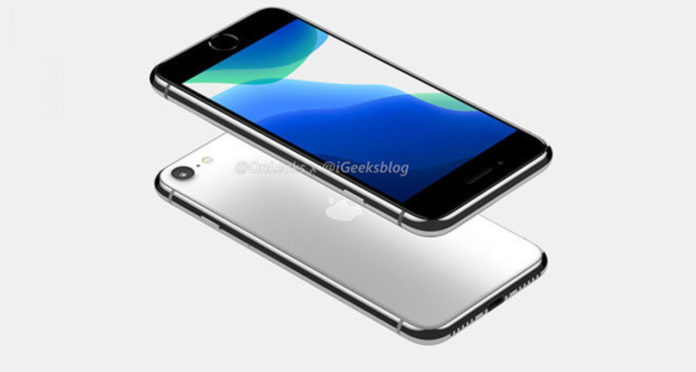 The successor of the iPhone SE model, which has been released by the technology giant Apple due to its features and relatively affordable price, is expected for a long time. A presentation of the new device, which is said to be called SE 2 by some circles but expected to be introduced as iPhone 9, has now appeared.

The SE model, known as the first cheap iPhone, reached quite good sales figures, becoming one of the best selling smartphones in the US market. In this way, the messages given by users to Apple to design a new generation model gave results and the company announced that it was working on the new model. Although the name of the next device is expected to be iPhone SE 2, let’s add in this section that it seems very likely to be introduced as iPhone 9.

Some news about the visual presentation of the expected device, which we have heard a lot about its design and basic features, has begun to come. In addition to the rumors that have been discussed so far, some sources have turned to creating presentations and giving the user an idea about the new device. A new iPhone 9 presentation, which has been published by a website these days and based on the news we have heard before, has attracted a lot of attention.

Inspired by iPhone 8 and iPhone 11
The presentation of the upcoming iPhone 9, prepared with all the previous rumors, shows that the device is similar to the iPhone 8. We have to say that thinking that some of the design elements that Apple uses in its latest products will be used in future models is actually not a bad idea. Based on this, the iPhone 9 presentation, which we guess is prepared, shows that the device comes with some items inherited from iPhone 11 and 11 Pro.

Screen
iPhone 9 is said to have the same screen as the original iPhone 8. If this is true, the new device will have an LCD display that provides a resolution of 1334 × 750 pixels, which means it is the same as the 6.1-inch screen of the iPhone 11, in other words 326ppi.

Apple protects the same sensors and home button on the front. However, Apple started using a simpler and cheaper optical scanning technology on the MacBook Pro 16. So it brings to mind that it is also applicable here.

Judging by the rumors, the iPhone 9 will be available in three colors, black, white and red. Besides the frame made of aluminum, it is also predicted that there will be plastic antenna strips for better signal transmission.

Camera
The main change to be made compared to other features is expected to be in the camera section. Although it is thought that items such as camera sensor and flash light will be placed horizontally as in iPhone 8, iPhone 11 is also expected to be equipped to give a result like camera performance.