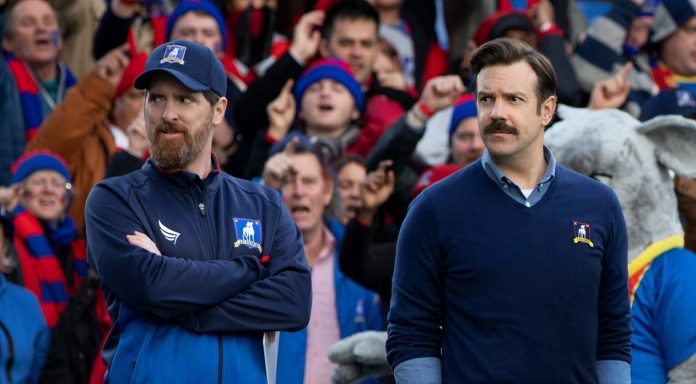 Ted Lasso series, which is currently on Apple TV + with its 1st season, does not come back empty-handed from festivals. At the Golden Globe Awards, which is defined as the “herald of the Oscar”, the leading star of the series was awarded in the category of Best Actor (Comedy / Musical). A week has passed. Now, the series has made its mark on the Critics’ Choice Awards.

The Critics’ Choice Awards are held regularly every year. The ceremony, which hosts the most successful works of the year among cinema and television productions, comes together with the representation of more than 400 organizations in the USA and Canada. Despite the pandemic conditions, colorful squares emerged again in the event that came together.

At night, Ted Lasso, the Apple TV + series, surpassed seven competitors. In the Best Comedy Series, the project managed to prove its sharp humor again by getting out of series like Better Things, The Flight Attendant, Mom, PEN15, Ramy, Schitt’s Creek and What We Do in the Shadows.

The plot of the Ted Lasso TV series

The series about the adventures of Ted Lasso, a small football coach, is perfect for British humor lovers! Despite having no experience in coaching, Lasso, who went to England and was hired as a coach in a professional team, produces quite funny shots.

When will the second season of Ted Lasso arrive?

Ted Lasso recently received approval from Apple TV + for season 2 and 3. While the preparations for the second season are currently underway, it is estimated that new episodes will be screened in the summer of 2021. However, an official statement on the issue has not yet been made.

The winner of the 18th season of “The Bachelor” Nikki Ferrell...