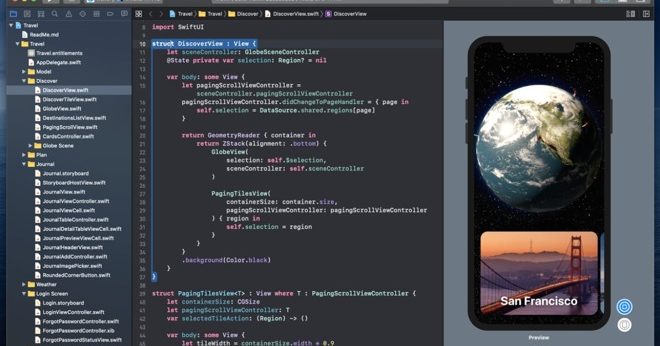 Many transactions can be performed on computers and smartphones today, but Apple; It plans to take things a step further for iPhone and iPad devices. According to a new claim, it will be possible to use XCode on iOS 14 and iPadOS 14.

Many operations can be done easily with smart phones. In fact, it is now much easier to use some apps or programs from smartphones, but Apple seems to be; It will take this bar one step higher for its iPhone and iPad.

Jon Prosser said that a tweet from his official Twitter account will include XCode on iOS 14 and iPad OS 14. Prosser said that the effects of this will be ‘big’ and that innovation is opening the door for Pro Apps that will come to iPad.

Using XCode:
After this information provided by Prosser, iOS developer Steve Moser said “There is a hidden XCode Preview application in iOS 13” but this was used as a guide application for Mac based versions to show the previews on the screen of the device. Prosser said, “I know more than what I show here,” when different people came out saying that this could be a preview app like iOS 13.

The US-based technology giant Apple currently does not officially allow users to develop applications directly on devices. The closest thing to this; Swift Playground app, an iPad app, showing trials with Swift enhancements.

We will find out if Apple really has such plans on iOS 14 and iPadOS 14 in WWDC 2020, where it introduces changes to the company’s main operating systems.

10 hidden functions to speed up the use of WhatsApp Web