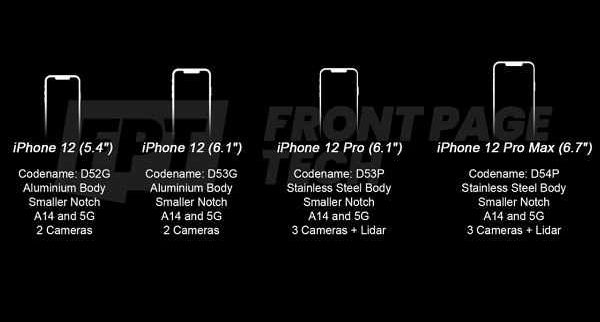 Apple, one of the companies heavily affected by coronavirus, has still not announced a clear date for the new iPhones expected to introduce in the coming period. According to information from analysts, the release date of new phones is expected to extend until 2021.

Almost all sectors in the world have been affected by coronavirus. One of the most affected sectors was mobile technology. People who do not go out of their homes do not give their money to products that can be considered expensive, such as smartphones, which causes smart phone companies to suffer. Being aware of this situation, Apple seems to want to introduce their smartphones at another date.

The company, which had a difficult process due to the temporary shutdown of its production partners such as Foxconn and Wistron in February, may announce the iPhone 12 5G it will release later this year. Apple, which is expected to introduce new smartphones such as September 2020 under normal circumstances, may delay this announcement date due to the coronavirus epidemic. It seems likely that the date will extend until the beginning of December 2020 or 2021.

There is a defect in production
Apple’s production partners such as Foxconn are not able to work for a long time due to coronavirus, which is another important factor causing the delay of the new generation iPhone 12s. According to SeekingAlpha, two Weedbush analysts said the probability of announcing the iPhone 12 in October is between 10% and 15%. Stating that Apple’s supply chain is still trying to normalize, analysts also explained that the Covid-19 outbreak caused a huge drop in Apple’s stocks.

While Apple is expected to come up with the 5nm A14 Bionic chipset, which has 15 billion transistors on each of its 2020 model devices, all four phones are thought to have AMOLED displays with a 120 Hz refresh rate.

Twitter is implementing phone features on the web version

Cloudflare Decides Not to Use reCAPTCHA, Where Google Starts to Request...

Next-Generation AirPods May Have Features Like Heart Rate Measurement

Samsung Galaxy S21 to be released in early January