A few weeks after having access to some iPhone 2G prototypes with features never released, now the user @DongleBookPro on Twitter reveals photos of the prototype of the Mac Mini with dedicated connector for the first generation of the iPod Nano.

In the photos below we can see the design of the first Mac Mini with its finished design, including the metal sides and shiny top, but now equipped with a dedicated port for the exclusive use of the iPod Nano, allowing only this Apple accessory to be connected to the computer.

The idea seems interesting, but it is possible that due to its exclusivity with the iPod Nano, the prototype was discarded, since it required that Mac Mini users only have this specific model of the iPod. 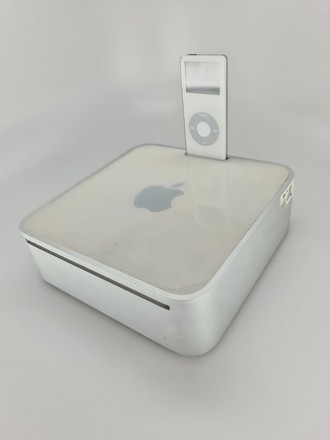 The Mac Mini and iPod Nano were introduced in the same year 2005, and it is likely that Apple’s idea was to sell them together with a promotional price or that the iPod Nano was included with the Mac Mini, since the design of the PC is so integrated with the music player.

The project clearly did not go ahead and ended up that the Mac Mini was presented without input for Apple devices, but with the same design that lasted from 2005 to 2007, with the new model updated, still with input for discs, being launched in 2008.

Twitch is sued because women broadcasters are too ‘sexy’