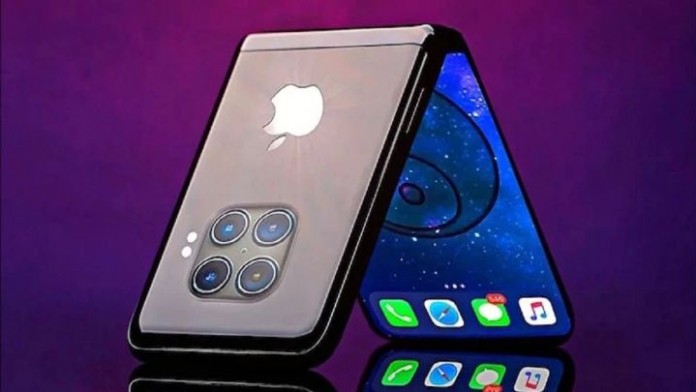 Apple: The first was Samsung with its Galaxy Fold, then Huawei followed with the Mate X. Currently, there is a small market for terminals with flexible screens, although they have not yet been openly adopted by the general public -especially for questions like the very high prices of each model. But there is still a company that has not yet commented on the matter, has not said anything and seems to be taking note of everything.

We are talking about Apple, which although it was the first of all to announce that it was working on the idea of ​​folding panels, it seems that it will be the last to show us what it is preparing. Because after so many leaks and patent leaks, it is clear that Apple is preparing something.

In September 2020, information emerged that Samsung had provided folding display samples to Apple for the purpose of testing them for future folding devices. A few months later, already in January of this year, the Bloomberg site pointed out that Apple had started working on a foldable iPhone, but that the development had not gone beyond the screen. We jump to the month of May with Apple analyst expert Ming-Chi Kuo, who pointed out those in Cupertino were working to launch a foldable iPhone with a flexible 8-inch OLED screen in 2023.

But since then, rumors about a foldable iPhone have died down in recent months. Going forward, Kuo believes that flexible smartphones will become a “must-have” for all the major smartphone brands, and Samsung has at least been working on perfecting its flexible display mobile options. This same 2021, Samsung presented the Galaxy Z Fold3 and Flip3, the third iteration of its folding terminals.

Display analyst expert Ross Young published an analysis on the future of different types of panels on the Display Supply Chain site, including flexible displays. And about Apple he made the following note on this topic: “Timing for the Apple OLED and flexible iPad and MacBook: It is not expected until 2023 at the earliest, more possible for 2024″.

Kuo has previously said that Apple will have to solve “key technology and mass production problems” to launch a foldable iPhone in 2023, so it would not be surprising if the technology were delayed until 2024. If Apple opts to release a smartphone Foldable in 2023 or 2024, it will have to compete with Samsung, a company that now has several years of experience with folding devices and will have the upper hand.

What is Emergency SOS on iPhone: How to set it up

Epic Games offers 3D scanning on smartphones via the app in...