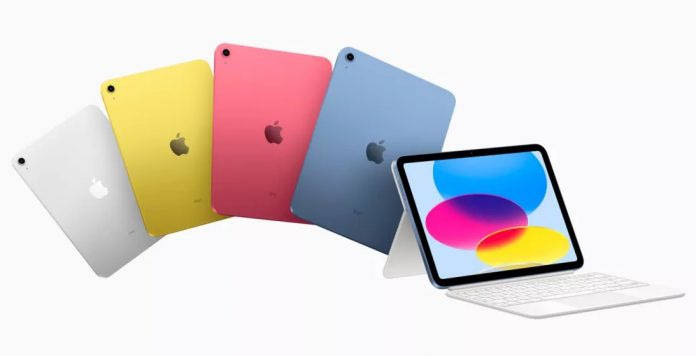 Apple has just released an updated 10th-generation iPad without the usual fanfare, although it marks one of the most significant redesigns in recent years for an entry-level Apple tablet. Pre-orders started today, the devices are being shipped and will go on sale on October 26, just in time for the release of iPadOS16. The price starts from $499.

There were rumors that Apple would release a new iPad any day, without the fanfare in the press usually associated with the launch of its flagship product.

Apple’s 10th-generation iPad has undergone the most significant redesign in several years. Based on the design solutions of the iPad Pro and Air lines, the new iPad features a full-screen design and a case with flat edges. Engineers abandoned the Home button to make room for symmetrical frames, and Touch ID moved to the upper power button, as in the iPad Air. The redesign includes a 10.9-inch Liquid Retina display with a resolution of 2360×1640, True Tone technology and a brightness of 500 nits.

The updated cameras include a 12-megapixel rear camera with 4K video, slow-motion shooting at 240 frames per second and a 12-megapixel ultra-wide-angle front camera. The upgraded front-facing camera is positioned at the edge of the landscape and offers a viewing angle of 122 degrees with support for Center Stage, Apple’s technology that allows users to stay in the center of the field of view while driving. 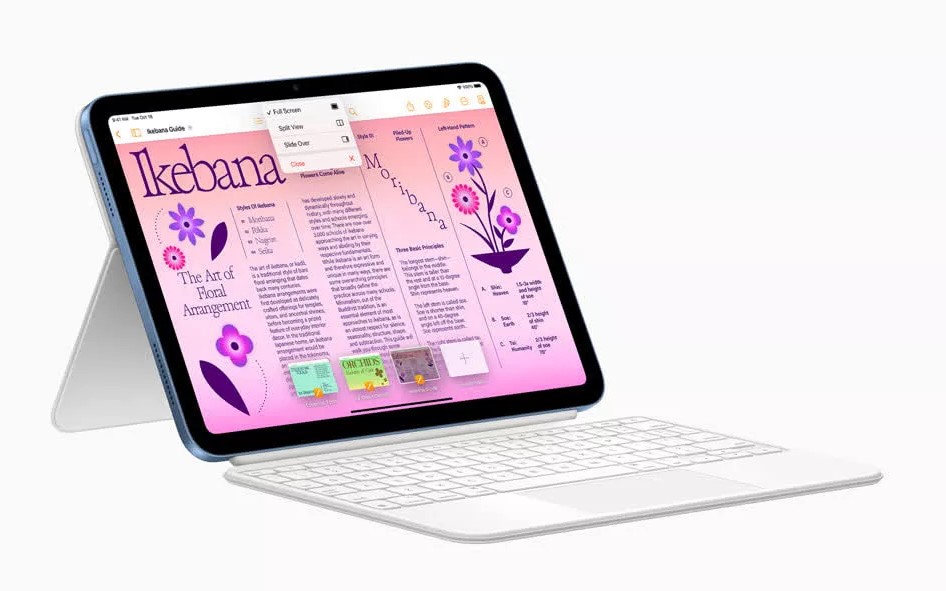 The new iPad also uses a USB-C port for charging and accessories, which is probably another confirmation of the changes made by regulators seeking to consolidate charging standards. The entry-level iPad was the last iPad model that still used Apple’s Lightning port.

The new iPad also has improved wireless connectivity thanks to support for Wi-Fi 6 and 5G for cellular models. It will continue to support a physical SIM card and eSIM with activation on the device. All functions are based on the A14 Bionic processor. Apple promises up to 20% CPU performance and a 10% improvement in graphics processing compared to the A13 in the 9th generation iPad.

Apple is also releasing the Magic Keyboard Folio, specially designed for the new iPad. The keyboard is equipped with full-size keys with a stroke of 1 mm. It has a large trackpad with support for “tap anywhere” and “multitouch” gestures. The removable keyboard is magnetically connected to the Smart Connector on the edge of the iPad. It also includes support for Apple Pencil (1st generation).

Against the background of an already relatively quiet launch, iPadOS16 is imperceptibly hiding. Apple is promoting the release of its new OS for tablets at the same time as the release of the new iPad. It will arrive on October 24, a couple of days before Apple starts shipping the latest iPads.

Pre-orders for the 10th generation iPad are available on Apple’s website with delivery and in-store purchases from October 26. The Wi-Fi-only model costs $499, and the Wi—Fi + Cellular version costs $599. The new iPad will be available in 64 GB and 256 GB configurations in blue, pink, yellow or silver color of your choice.

Instagram Will Tell You When You Have To Take A Break...