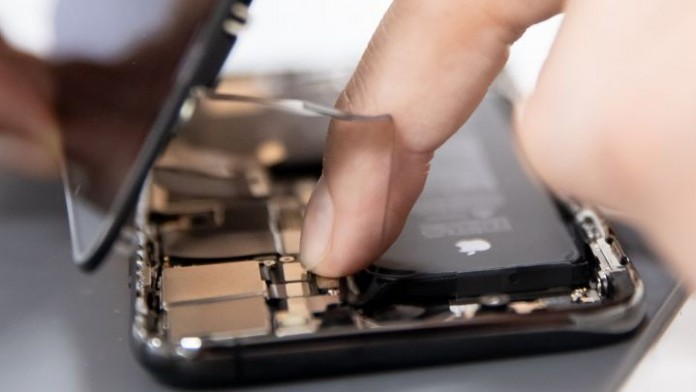 Apple: A few days ago we were talking about the sensor for facial recognition of the iPhone 13 housed in the notch that houses the TrueDepth front camera. A microcontroller the size of a grain of rice responsible for facial recognition to stop working when a Third Party repair service – that is, not official or endorsed by Apple – performs a screen change on iPhone 13.

The news was that Apple was going to solve this soon with an upcoming software update, so Face ID will continue to work even without changing the chip to the new screen, thus making it possible that you do not have to go to a specialized Apple center to repair your mobile. . And it is that since always, those of Cupertino have tightly controlled access to their official tools, always through their centers, stores and specialized services.

But that’s something that changed a couple of years ago, when Apple announced a new repair program in 2019 that gives customers more options for the most common out-of-warranty iPhone repairs. Apple will provide more independent repair companies, large or small, with the same authentic and original parts, tools, training, repair manuals and diagnostics as its Apple Authorized Service Providers (AASP), providing users with an alternative to take the device to the App Stores.

After being activated in August 2019 in the United States, the program arrived a year later in Europe and Canada in the summer of 2020. And from April until the end of 2021, Apple Repair Provider will expand to even more countries, reaching 200 in around the world, practically anywhere and wherever Apple devices are officially sold.

The best thing for anyone who is a mobile device repairer is that you won’t have to pay anything to participate in Apple’s independent repair program. To be eligible to join, “companies must have an Apple-certified technician who can perform repairs,” and the certification process is “simple and free.”

Repair your iPhone in your own home

Further expanding those Repairability options – the unfinished business of many manufacturers and brands today – Apple this week announced more ease of access with a surprising offer: Give you the option not to take it to any Third Party repair center, but to do it. yourself and at home if you want.

Apple has announced self-service repairs, which will allow customers who are able to do their own repairs access to the same parts and tools that Apple uses. For the first time in the iPhone 12 and iPhone 13 ranges, soon to be followed by Mac computers with M1 chips, self-service repairs will be available early next year in the United States, and will expand to 2022 throughout the year. other countries.

The first phase of the program will focus on the most frequently repaired iPhone modules, such as the screen, battery, and camera. Later in the year other repairs may be made.

SpaceX And Axiom Announce 4 Private Missions To The Space Station