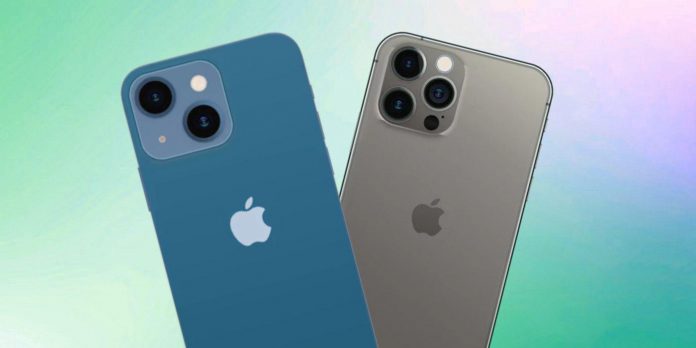 According to a report by a well-known industry insider, Apple will no longer use its latest chips in non-professional iPhone models. The report comes almost four months after it was confirmed that the iPhone 14 and iPhone 14 Max will come with the A15 Bionic chipset from the iPhone 13 line, and the iPhone 14 Pro and 14 Pro Max will run on the new SoC A16. The A16 chip will still be based on TSMC’s 5nm process technology, as will Apple’s A14 and A15 chipsets.

Apple will introduce the iPhone 14 line later this year as a follow-up to last year’s iPhone 13. According to reports, Apple will release four models as part of its next-generation iPhone lineup, including the iPhone 14, iPhone 14 Max, iPhone 14 Pro and iPhone 14 Pro Max. The two premium models in the lineup will have a new design language, faster hardware and new features, while the more affordable duo will retain the iPhone 13 design and some of its hardware.

Related: iPhone 14 and 14 Max Preview: All the Rumors and Leaks in One Place

In a new report, Apple analyst Ming-Chi Kuo said that in the future, inexpensive iPhones will not be equipped with the latest Apple chips. Instead, they will come with older processors, and the new SoCs will be reserved for the more expensive Pro and Pro Max models. It is reported that Apple hopes that the change in strategy will help increase shipments of iPhone Pro, which offer higher margins than vanilla models.

According to Kuo, this move is likely to increase shipments of the iPhone 14 Pro and Pro Max to 55-60 percent of total iPhone sales in the second half of the year, as opposed to the usual 40-50 percent. The increase in sales of high-end iPhone models will also benefit Apple’s premium camera component suppliers, such as Sony, Largan, Alps and LG Innotek. According to earlier reports, the two Pro models are expected to come with a 48-megapixel main camera as an upgrade over the 12-megapixel sensor installed in their predecessors.

It will be interesting to see if limiting new chips to Pro models will have the effect that Apple is hoping for. In any case, the next-generation chip, upgraded cameras and the new cut-out design will certainly make professional iPhones more attractive than non-professional models this year, in many ways. Given all the changes that the Pro models are likely to offer, it will be interesting to see what percentage of customers will be willing to pay more for new features when the Apple iPhone 14 lineup hits the market.

Is solo pumping finally getting an anime adaptation?