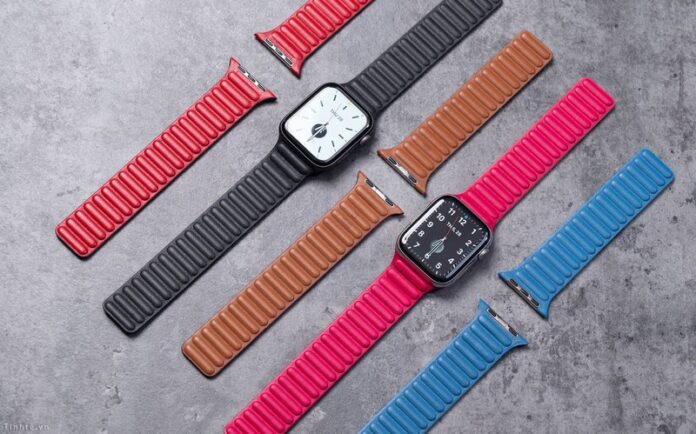 Technology giant Apple is thought to redesign Apple Watch’s leather Loop strap models. Images that are thought to belong to new models appeared on the internet. The leather straps in the previous series have not been found useful in hot weather.

If the latest shared images are correct, Apple is poised to release the new leather Loop strap models for its smartwatch Apple Watch. The new images appeared on Imgur and support the models presented on the 9to5Mac. Four colors are available for leather Loop straps currently on the market.

Although leather straps are thought to have a nice design, it is known that they are not useful in hot weather. The redesigned straps become more breathable thanks to the smaller surface area that contacts the skin. This improves the usage experience.

9to5Mac suggested that the new leather Loop straps will probably be introduced in the opening speech of the WWDC next month. It is noteworthy that in the leaked images, new colors were added to the series, including pink, blue and red. Although the prospect of the next month for the promotion date is emphasized, the exact date is not yet clear. Apple is expected to announce the Apple Watch Series 6 in the last quarter of 2020; the introduction of the renewed leather Loop straps can therefore be held.

It is also possible that the images on the Internet are not genuine Apple straps. There are already a large number of sub-industry Apple Watch straps on the market. A promotional day is expected for this to be finalized. US technology giant Apple recently launched a special strap series called ‘Pride Edition’ for Apple Watch to support the LGBTI community and draw attention to gender equality.