Home Tech Apple Watch Will Be Invincible On The Health Side 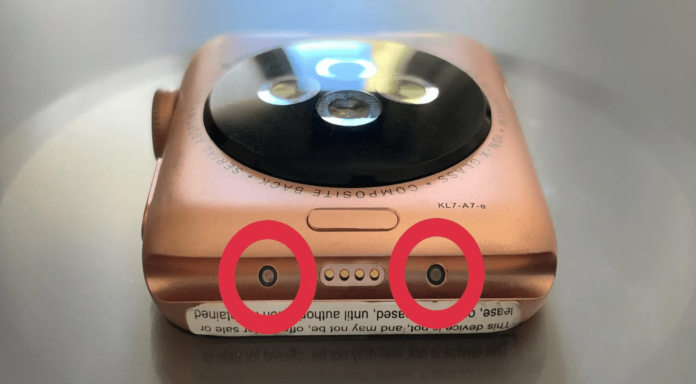 Details about the Apple Watch Series 7, which is expected to be released in September, started to become clear. Almost 2 months before the introduction of the device, a claim was made on the Series 3. Rumors have revealed details that Apple is testing the blood pressure monitor feature in the 3rd model of the series.

A collector of rare Apple products and device prototypes, Giulio Zompetti announced on his personal Twitter account that he noticed two different ports on an early prototype of the Apple Watch Series 3. Every Apple Watch already comes with a hidden port that the brand uses for identification and different testing.

Apple might have experimented on some “smart bands” in earlier revisions of Apple Watch S3.

On this prototype unit, two unusual pads are exposed to the band, as a sort of “Smart Connector” we’ve already seen on iPads.#AppleCollection #AppleWatch pic.twitter.com/uVFZHuvuAe

But what Giulio found is different from what the brand has added and has a similar design with the SmartConnector in the iPad series, which helps you add a keyboard to your tablet. Zompetti claimed that these ports are for smart bands, and that the company tried them on early prototypes of the Apple Watch Series 3. He stated that the task of these cords is to help measure blood pressure by squeezing the arm.

Since the Apple Watch Series 4, the company has been taking the watch’s health capabilities to the next level every year. We have already mentioned that this tradition will continue in Series 7 with the blood glucose meter. However, it is still a mystery with which model the blood pressure measurement feature will be added to the series.

Before announcing a feature on its devices, Apple makes sure it works well. He tests it over and over. As we are familiar with from traditional methods, the area needs to be tightened at the time of blood pressure measurement. For this reason, special bands and sensors must be added to the watch in order for the feature to work. It is not clear at this time that these cords will be included in the box or will they be sold separately. It is speculated that the feature will come to watches in Series 8 or Series 9.

So what do you think about this development?

Apple Watch Series 7 is on the agenda with a new...