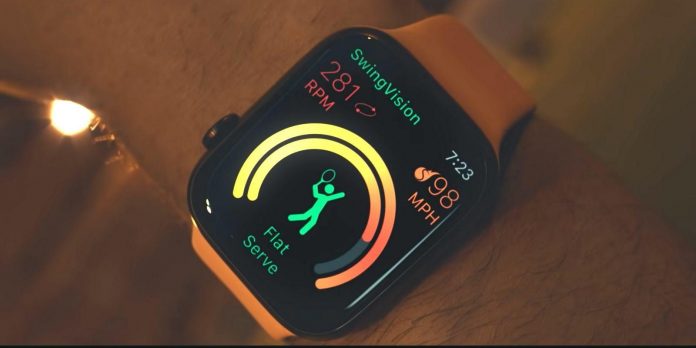 Rumor has it that the Apple Watch Series 8 features some great health and fitness-focused features, but an upgraded processor probably won’t be one of them. Instead, it is reported that the next smartwatch from the company headed by Tim Cook is expecting a design change, abandoning convex curved sides in favor of a flat profile — the same thing that Apple has applied to its phones, starting with the iPhone 12 quartet.

It is reported that in addition to the flat sides, the Apple Watch Series 8 will have two speaker arrays on the sides instead of one line, which is on existing Apple smartwatches. However, the most significant change is that the 2022 lineup will include a new rugged model that is reportedly designed for extreme sports enthusiasts. But all these aesthetic changes and portfolio diversification seem to hide an unpleasant surprise.

New features masking the dilemma of the old chip

Apple is struggling to save money on building a faster chip, and instead directs funds to develop new features. Among the most notable updates that are rumored is the ability to measure body temperature. So far, none of the popular smartwatches offer this feature, but Samsung is reportedly experimenting with this trick. Activity tracking updates are also reportedly under development for the Apple Watch Series 8. Other rumored features include blood pressure measurement and blood glucose monitoring, but those two features probably won’t appear in Apple’s smartwatch this year. Samsung’s Galaxy Watch line allows you to monitor blood pressure, but it needs to be regularly calibrated with a medical kit for measuring blood pressure.

Huawei Watch D goes the other way with blood pressure monitoring technology built right into the strap. However, the technology of non-invasive monitoring of blood glucose levels is just around the corner. At the Consumer Electronics Show 2021, the Japanese company Quantum Operation demonstrated a non-invasive wrist-worn kit capable of continuously measuring blood glucose levels thanks to its spectrum measurement system. Moreover, Samsung, in collaboration with experts from the Massachusetts Institute of Technology, in 2020 described in detail a non-invasive method of continuous monitoring of blood glucose levels. On the other hand, Apple is working with the British company Rockley Photonics, which develops wearable devices. features such as blood glucose monitoring, alcohol level measurement and blood pressure assessment, among others.