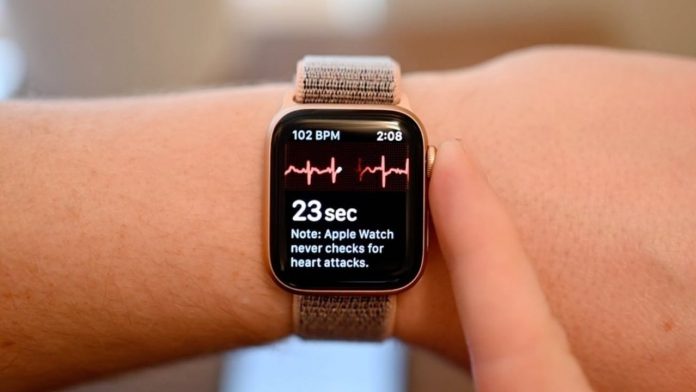 Apple Watch has once again saved lives. This time, the Apple Watch proved itself again by succeeding in diagnosing the heart attack early.

Apple Watch continues to demonstrate its ingenuity in healthcare. In recent years, the company has brought features such as taking EKG and measuring the oxygen level in the blood to its smart watches. Thanks to these abilities, the watch, which saved the lives of many people, once again managed to warn people early.

This time, the venue of the event is the US state of Michigan. According to the news of AppleInsider, a woman named Diane Feenstra saw a high heart rate alert on her smartwatch. Despite only taking 12 steps during the day, the woman’s heart rhythm showed higher than expected numbers. Feenstra, shocked by the incident, called his wife quickly and said that she needed to go to the doctor immediately. The woman who went to the doctor urgently learned that she had recently had a heart attack. But she wasn’t even aware of it.

According to Feenstra, the feeling of a heart attack differs between men and women. She stated that at the time of the attack she felt pain in her left hand, swelling in her left leg, and indigestion, which she thought was acid reflux. After the woman was given medicine in the emergency room, they referred her to the heart hospital.

After a few days of research, the doctors found that one of the arteries in the woman’s heart was blocked and applied stenting to the patient. After she recovered, Feenstra said it was a very easy thing to see her heart rhythm. She also added, “If I hadn’t taken this measurement that morning, who knows, I might not be alive right now.”

The smartwatch helped an old woman

The health capabilities of the Apple Watch have saved many lives to date. Last month, the smartwatch automatically detected that a 78-year-old man had fallen, helping him with what to do.

In recent years, Apple has been trying to make its smart watches invincible when it comes to health. It is not difficult to predict that this trend will continue in the Apple Watch Series 7.

So, what do you think about the Apple Watch? Do not forget to share your ideas with us.