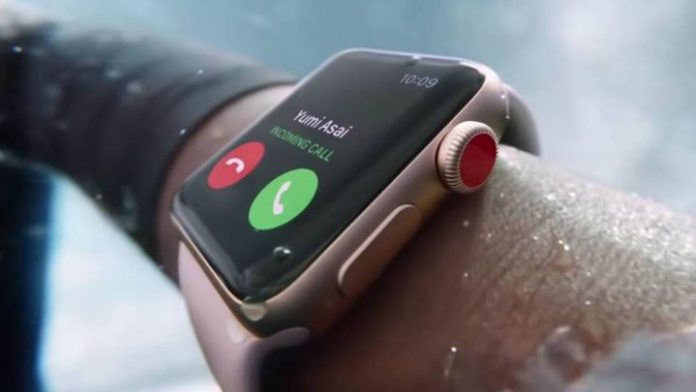 Many of the installed user base that the Apple Watch has use it for sports. In conjunction with the iPhone, the Apple Watch is capable of a large number of biometric measurements – and reliable. But there are those who perform more demanding physical sports activities, either ‘indoor’ or outdoors. So how about a more robust Apple Watch for this demographic?

According to the medium Bloomberg and data from “people familiar with the matter”, Apple is studying the possibility of launching an Apple Watch with a resistant case aimed at athletes, hikers and others who use the device in more extreme environments. The variation of the Apple watch would come out this year or in “2022 at the earliest,” according to Bloomberg sources.

This is at least the second time that Apple has thought of a smartwatch more robust than the current design. After launching the first version of the Apple Watch in 2015, the company reportedly considered a new model to better appeal to extreme sports athletes. The current version continues to be popular with runners, hikers, and swimmers, and Apple has added several sports and activity-tracking features through its annual update cycle.

An Apple Watch for Extreme Sports

But when it comes to sports in harsher environments and / or conditions, choosing an Apple Watch or similar wearables is not so popular, instead more resistant models are sought. That is why mythical brands such as Casio have registered strong watch sales thanks to the most resistant product designs and with greater protection.

If Apple goes ahead this time around, the rugged version would be an add-on model similar to the way Apple offers a lower-cost option called the Apple Watch SE and special editions co-branded with Nike Inc. and Hermes International. Called internally by Apple as the “Explorer Edition,” the product would have the same functionality as a standard Apple Watch, but with added impact resistance and protection in the Casio line of G-Shock watches.

The latest Apple Watch models are already water resistant to 50 meters, at the higher end of most smartwatches. But Apple could make a wearable with a rubber exterior that would be useful for environments where current aluminum, titanium and stainless steel cases could be prone to damage.

Of course, for those who are already thinking of reserving it as soon as it is announced, the sources state that this Apple Watch extreme may not even see the light of day, since its development “could be canceled or delayed in the last instance”, so it does not nothing is certain yet.