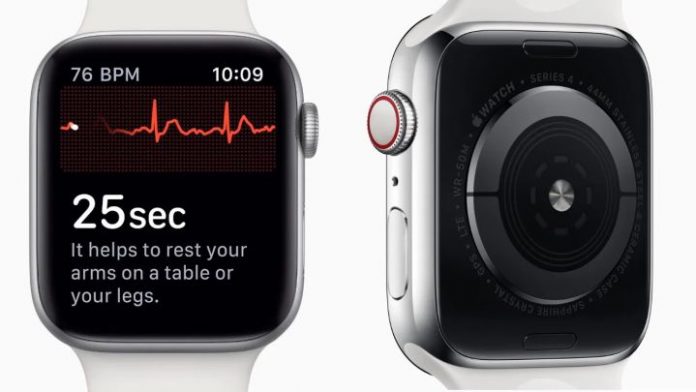 Apple Watch 8: We are in 2021, and about 4 months to see what the new Apple Watch Series 7 will be like – currently the newest model is the Series 6. But as always happens with technology, we are already looking at the next generation, towards what you will present next year when you haven’t even officially presented this year. Thus, we already have data on the Apple Watch Series 8, which would be released in 2022, more than a year from now.

One of the leaked rumors / data about this year’s Apple Watch Series 7 is that it would be capable of measuring blood sugar level, which would make it an ideal device for diabetics. But the British newspaper The Telegraph has indicated that the Apple Watch Series 8 will have this function and will also be able to measure the level of alcohol in the blood, turning the wearable into a smart breathalyzer.

What is The Telegraph based on? In SEC files (the United States Securities and Exchange Commission) that Apple is the largest customer of Rockley Photonics, a company that focuses on sensors that track blood sugar, blood pressure and alcohol levels. In addition, the CEO of Rockley Photonics would have claimed that its technology would be in consumer products from 2022.

Of course they have not specifically said that it is an Apple product, but considering that Apple is responsible for most of Rockley Photonics’ revenue in the last two years, the idea does not sound so absurd.

If this technology makes its way into an Apple product, the obvious candidate is the Apple Watch, given that the company has gone to great lengths to turn it into a health and fitness device. Blood sugar seems the most likely, as it has been rumored before, but you may be able to keep track of other things, such as the aforementioned alcohol level.

Blood sugar monitoring (also known as glucose monitoring) could be especially helpful for diabetics, as they need to monitor it closely. But it’s something anyone who cares about their body’s performance might want to monitor as well, so it would be a very useful feature for a future Apple Watch.

As we say, we have not even seen the Series 7 yet, so it is early to talk about the Series 8. However, if the Apple Watch gains the function of being able to measure blood sugar this year, it would not be so crazy to think that in 2022 you can do the same with alcohol.