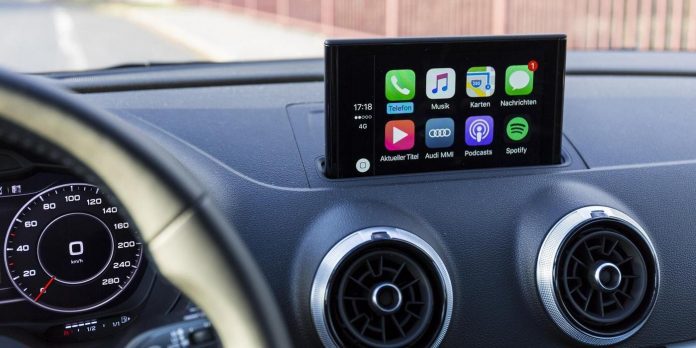 Apple’s new CarPlay feature may soon allow iPhone users to pay for gasoline from the in-car infotainment system screen without using a card payment. Apple unveiled next-generation CarPlay at the Worldwide Developers Conference in June along with iOS 16. However, while iOS 16 is expected to be rolled out on a variety of devices this fall, next-generation CarPlay will take several years before it gets widespread. available. This is due to the fact that automakers will have to install new equipment in their cars to support new functions.

Like Android Auto, Apple CarPlay is an automotive software that can be used to display iPhone apps on a car’s infotainment display. However, not all iOS apps are supported. Some of the supported apps include Apple Maps, Apple Music, Messages, Podcasts, News, etc. Compatible third-party apps include Google Maps, Spotify, WhatsApp, and others. Almost all major automakers support CarPlay, with the exception of Tesla, which does not support either Apple CarPlay or Android Auto. However, an enterprising Polish developer recently found a way to run both software in Tesla cars with a nifty little hack.

Related: Why Apple’s Next-Gen CarPlay Probably Won’t Show Up in Your Car

According to Reuters, some gas station chains in the United States are preparing to take advantage of the new CarPlay feature in iOS 16, which will allow users to pay for fuel through the infotainment screen of their car. This will be possible thanks to the addition of a new category of Apple CarPlay applications in iOS 16 called “Fuel and Driving Tasks”. According to the report, the new category will support apps that help users refuel from the car and offer “road information.” , toll road support and towing assistance” directly from the car’s infotainment center.

Refineries are already on board

In an interview with Reuters, Jack Barger, senior vice president of marketing for the HF Sinclair gas station chain, confirmed that the company plans to use the new feature to help its customers pay for gasoline directly from CarPlay-enabled displays. Barger has not revealed much information yet, but said he will announce new details in the coming months. According to Reuters, HF Sinclair operates through 1,600 gas stations in the United States.

Reuters also spoke with Donald Frieden, CEO of Houston-based mobile commerce company P97 Networks, about the development. Frieden confirmed that he has also been in talks with oil companies that want their apps to work with CarPlay, but did not name any names. Reuters also contacted BP, Shell and Chevron to get comments on Apple’s new CarPlay feature for iOS 16, but none of them responded.

How, according to DELL Mini, will Apple’s mixed reality headset look...