Home Entertainment Apple TV+ Surface: Where else have you seen the actors 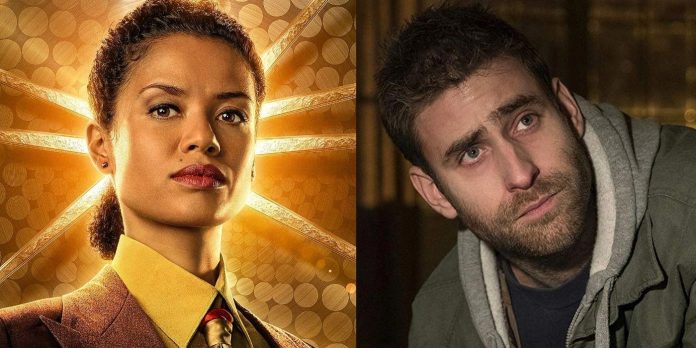 Poised to premiere on Apple TV+ on July 29, 2022, Surface is a new psychological mystery miniseries that revolves around Sophie (Gugu Mbatha-Raw), a woman doing all she can to pick up the pieces of her life after she wakes in a hospital to discover that she has amnesia, with many believing she tried to take her own life. The 8-part miniseries is also produced by Mbatha-Raw, indicating a personal passion project for the talented actor.

Supported by a stellar international ensemble, Surface also stars several recognizable faces from the world of film and television, including Ari Graynor, Oliver Jackson-Cohen, Marianne Jean-Baptiste, Francois Arnaud, and many more, who some fans may want to get reacquainted with before the series debuts.

Available To Stream On Disney+

Supremely talented English actor Gugu Mbatha-Raw has amassed an impressively balanced resume of movie and TV credits since her screen debut in 2005. While Mbatha-Raw recently excelled in The Morning Show also for Apple TV+, her most visible role to date is almost certainly Ravonna Renslayer on Disney+’s Loki.

Loki (Tom Hiddleston) charts the rise of the villainous brother of Thor when he resumes his reign of terror following events in Avengers: Endgame. Mbatha-Raw played the extremely brave character of Ravonna Renslayer on Loki, the ex-TVA Hunter A-23 who presided over the Loki investigation as a judge. While the antiheroine Ravonna can be cold, callous, and unsympathetic, Mbatha-Raw demonstrates her tremendous acting range by doing an emotional 180-spin on Surface as a deeply troubled, psychologically vulnerable, and empathetic figure trying to remember her fractious past.

Currently rated #155 On IMDb’s Top 250 TV Shows of All Time, The Haunting of Hill House is a melodramatic tale about the Crain family confronting their scarifying past. Jackson-Cohen excelled as Luke Crain, a man who is struggling to deal with his PTSD after years of supernatural torment. A versatile change of pace, playing the dashing upscale corporate raider in Surface dealing with his wife’s trauma is bound to show new sides of Jackson-Cohen fans have yet to see, even if the character may have a duplicitous side hidden beneath his picture-perfect facade.

Francois Arnaud plays Harrison on Surface, one of James’ corporate colleagues with vast connections (which he uses to help James give Sophie the support she needs following her fall from a yacht). While Arnaud has several notable projects, none are more recognizable than Cesare Borgia in Showtime’s acclaimed original series The Borgias.

The Borgias charts the triumphant rise and tragic fall of the titular 15th-century royal family, with Cesare standing out as a rebellious son unwilling to follow his father’s advice and favors war over the clergy. The bloodthirsty warrior is a far cry from Harrison on Surface, a wily 21st-century venture capitalist who is nowhere as barbarously violent as the vengeful Cesare. While both serve as raiders of different types, Arnaud’s Harrison is much slicker and more polished than the rough-hewn Cesare.

English actor Marianne Jean-Baptiste plays Hannah, Sophie’s personal therapist on Surface, who is one of the most important figures in unlocking her repressed memories on the show. With well over 50 film and TV credits, most will recall Jean-Baptiste as Viv Johnson in the crime drama Without a Trace, in which she played The FBI’s second in command in the missing-persons division for 159 episodes.

Exuding a commandingly authoritative presence, it’s no surprise to see Jean-Baptiste go from a top-ranked special intelligence agent in Without a Trace to a therapeutic psychoanalyst on Surface. Both parts require the ability to listen, learn, and act morally on behalf of their clients and constituents, with Jean-Baptiste’s warm humanity shining through brightly in both instances.

On Surface, Ari Graynor is given the chance to show her dramatic chops by playing Caroline, a chic heiress and old friend of Sophie and James. While many will recognize Graynor from several projects like Bad Teacher, her most significant role to date came via the Showtime series I’m Dying Up Here.

Playing the role of Cassie Feder in 20 episodes of I’m Dying Up Here, Graynor nails the role of a struggling stand-up comedian in 1970s Los Angeles after relocating from Texas and dealing with the death of her ex-boyfriend and fellow stand-up Clay. Going from a fledgling cash-strapped stand-up to a glamorous heiress in Surface offers Graynor a chance to reinvent her onscreen persona and prove that she’s equally adept at handling tragedy as convincingly as comedy.

Available To Buy On Amazon Video

Veteran actor Ian Tracey portrays the main Police Inspector on Surface, tasked with investigating Sophie’s accident. With nearly 150 credits to his name, Tracey has countless projects fans will remember, including his most substantial arc as Remo Wallace on Bates Motel, a drug hand who guarded the marijuana fields for Dylan Massett in White Pine Bay.

A modern-day Psycho prequel, Bates Motel concerns the major kinship between Norman (Freddie Highmore) and his mother Norma (Vera Farmiga) as they get involved in a series of crimes. Playing a Police Inspector on Surface after playing a scary drug dealer is quite a change of pace for Tracey, who now gets to operate on the good side of the law while helping Sophie stitch together her torn past. Indeed, Surface continues to cast against type, which makes the project even more exciting.

Talented Canadian actor Stephan James depicts Baden on Surface, an undercover cop who has strong ties with Sophie on the show and helps her find answers to her cryptic past. James should be recognized for his terrific performances as real-life heroes Jessie Owens in Race and John Lewis in Ava DuVernay’s highly- acclaimed movie Selma.

While James admirably carries Race on his back as the Olympic champion runner, it’s his role as life-long Civil Rights activist John Lewis that is as uplifting, inspirational, and more historically important than any project he’s done so far. Although they are vastly two different roles, is interesting that both characters have the same common goal: to fight for what they believed in and helping others.

English actor Millie Brady portrays Eliza on Surface, a mysterious woman who has hazy connections with Sophie’s past. Brady recently completed a 30-episode arc as Æthelflæd on the BBC/Netflix historical drama The Last Kingdom, where she stood out as the eldest daughter of Alfred the Great in the acclaimed Viking drama.

Set in the year 872, The Last Kingdom tracks the epic clash between Vikings and Anglo-Saxons under the rule of King Alfred, with Æthelflæd making her father proud by fighting mightily against Cnut despite being forbidden to do so. As the enigmatic Eliza on Surface, Brady gets the rare chance to act in a contemporary drama, with her modern-day character far more demure, passive, and hard to pin down, yet no less credible than her most notable fierce warrior role.

Polish actor Bo Martynowska depicts the doctor who treats Sophie after her trauma on Surface, allowing her to explore a professional caretaker role. The character is much different than Temperance Hudson in Nancy Drew, which is Martynowska’s largest role to date.

The popular CW show follows Nancy Drew (Kennedy McMann), a plucky amateur sleuth who forgoes college to investigate paranormal activity in her hometown. One case involves Temperance, a beautiful witch who served as the chief villain of season 3. While Temperance is a coy and cunning immortal attempting to channel dark magic, Martynowska’s doctorly role in Surface attempts to prolong Sophie’s life while helping her to recall fragments of her shattered memory in a much more benevolent and caring manner.

Vikings and The Last Kingdom: The main reason they’re so hard...