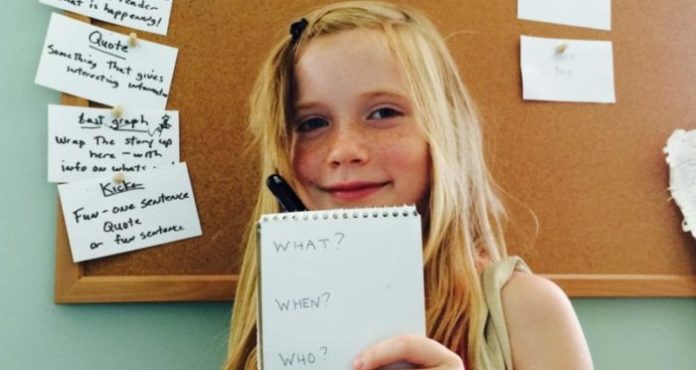 Apple TV + announced the date of the highly anticipated TV series Home Before Dark. The series will meet with viewers on Apple’s online broadcast platform on April 3. The series is based on a real murder incident.

Apple TV +, Television Critics Association Winter Media Touras part of his highly anticipated new series Home Before Dark made an important statement. According to the statement, the new series will meet with viewers on April 3.

The screenplay of Home Before Dark is based on a real murder case in the city where 11-year-old investigative journalist Hilde Lysiak lived in Pennsylvania. Lysiak was just 9 years old while he was tracking the murder in his newspaper. The story begins with a young girl moving from Brooklyn to a small lake town. The little girl uncovers a case that all town dwellers, including her father, are trying to hide.

The youngest member of the Association of Journalists
Brooklyn Prince stars as Hilde. Other actors include names like Jim Sturgess and Abby Miller. It was announced that the series created by Dana Fox and Dara Resnik and directed by Jon M. Chu will continue in the second season.

The first three episodes of Home Before Dark will air on April 3 on Apple TV +. The next episodes will meet with a viewer week, and the season will take 10 hours in total.

Hilde Lysiak was threatened in Patagonia by Arizona police chief Joseph Patterson last year. Lysiak, who posted the video of the incident on his own news site, Orange Street News, said he reminded the police that he was a journalist, but the chief’s response was “I don’t want to hear these press freedoms.” The police chief claimed that when he saw the young journalist filming him on the video, he could not post it on the news site.

When Lysiak dealt with the murder case, comments were made in the local and national media that a little girl should not deal with murder issues, but Lysiak continued to do her job. He then made an agreement with his father, Matthew Lysiak, for a series of 6 books with a publisher. Lysiak also made history as the youngest member of the Professional Journalists Association.

Britney Spears will exhibit her paintings… in France!