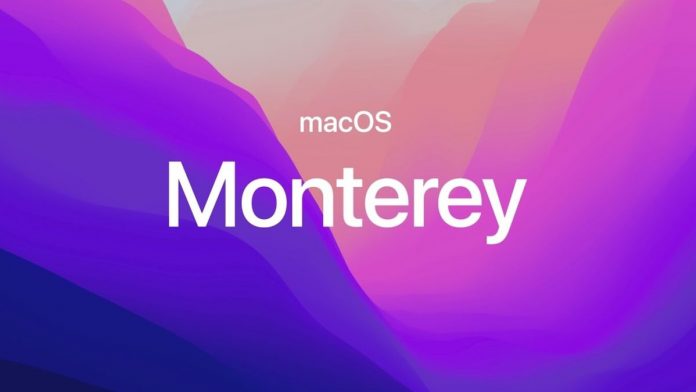 MacOS: No computer works without a built-in operating system. The perfect mix between hardware and software has to coexist and that is known in all companies. Apple is one of those that centralizes all its products at all levels and in its case its computers have the support of MacOS inside. Many wondered when MacOS Monterey would arrive and today, this doubt has finally been cleared once and for all.

The arrival date of MacOS Monterey

No less than four months ago we saw live how those from Cupertino presented their new operating system to the world. Then MacOS Monterey was only a name, but soon it will be a reality beyond the testing phases that some already have on their devices.

There are many novelties that the Apple operating system brings such as universal control between devices, the SharePlay function, AirPlay from the iPhone to a Mac or the spatial sound for AirPods Pro. These are some of the novelties of the operating system, of the many that we told you in its day, but of all the details that we learned at WWDC on launch day it remained unknown.

Finally, today clears up and MacOS Monterey will arrive on October 25. As you can see, the date is not that far off, so it is best to be prepared when the operating system arrives to install it directly on your machine. Of course, in the same way that it happened with Windows 11, we recommend that you wait a while for the final version of the software to settle. And it may come with the odd bug that touches patching, so it is best to wait before suffering a failure.

In time for the MacBook Pros

As we mentioned a few hours ago, the new line of MacBook Pro is on the way. They are also scheduled to arrive in stores on October 26, so their departure date with the arrival of MacOS Monterey is so close that the first users who have theirs will be able to install it as soon as they turn it on, at the same time. time almost that the rest of users of a computer of the bitten apple.