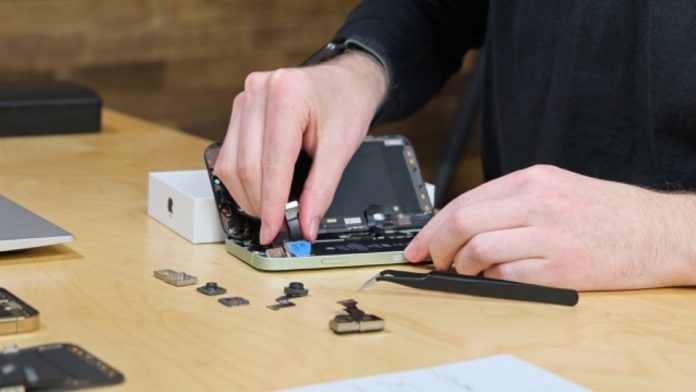 Apple added iPhone and MacBook repairability scores to its online store in France to comply with a new law that took effect this year. The company included features in the rating, such as how easily a device can be disassembled and the availability of repair manuals and spare parts.

Links to the final score for each product appear on the support page with details on how they were calculated.

Apple releases new reports due to law in France

In the reports released, the ratings of Apple products differ between products and generations. For example, the entire iPhone 12 series scored six out of 10, while previous year’s iPhone 11s were rated lower between 4.5 and 4.6.

According to the detailed scoring evaluation, the improvement is due to the fact that the new iPhones are easier to repair than the previous year’s models and the spare parts are cheaper than the cost of the phone. There is less difference between MacBook models with repairability scores ranging from 5.6 to 7.

Repairability scores are mandated by a new French law that took effect on January 1. A website from different manufacturers states that only 40 percent of electrical appliances in France last year were repaired after they broke down, according to their cataloging scores.

The government aims to increase that rate to 60 percent within five years, using these scores to educate consumers and pressure producers to make improvements.

Samsung, another technology company affected by the law, apart from Apple, announced that it offers an online repair guide for the Galaxy S21 Plus by comparing the repairability score to the model it put on sale in the previous year.