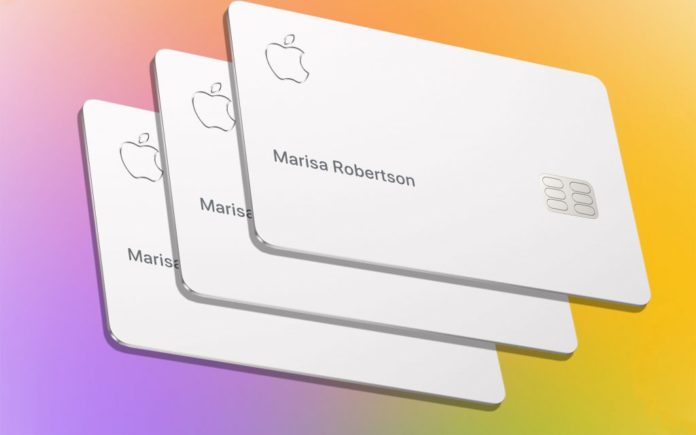 Technology giant Apple has announced that it will share more Apple Card customer information with its financial partner Goldman Sachs. This information, which will be shared in an anonymized way, will be used to offer better credit models.

Those using ‘Apple Services’ were often wondering what they paid for when reviewing their bills. By solving this problem by bringing a long-awaited feature to Apple Card, Apple will add more clear and useful information such as “Apple Music Subscription” to customers’ invoices instead of just typing Apple Services.

In addition to this useful feature, another remarkable point was the updated privacy policy of Apple Card. At this point, Apple will now share more data with its financial partner Goldman Sachs. Although this new policy frightens some users, the company says in a statement that this information will still be provided anonymously and will be used to create better credit models for new customers.

Apple says the information will be anonymized before being shared with Goldman Sachs:
Apple also underlines that in the renewed Apple Card privacy policy, the company can use account-related information such as holding an Apple Card for research and analysis, such as financial forecasting. Another point that the company draws attention about the new policy is that the customers; Information about their relationship with Apple, which Apple products they purchased, how long they used Apple ID, and how often they made transactions with Apple, will be shared with Goldman Sachs to improve Apple Card.

This data collected by Apple will be sent to Goldman Sachs in an anonymized form and will be used to develop credit models for new customers. Let’s also mention that Apple Card has the option to disable this feature for new users.

In an e-mail it sent to Apple Card users the other day, Apple said that due to the new type of coronavirus, users will be able to bypass their March payments if they experience any difficulties. It was also stated in this email that users who reported Apple Card support would not be charged interest.

What is a clubhouse? How to get a Clubhouse invitation?

Spain: 24% of video game players hide it from their parents