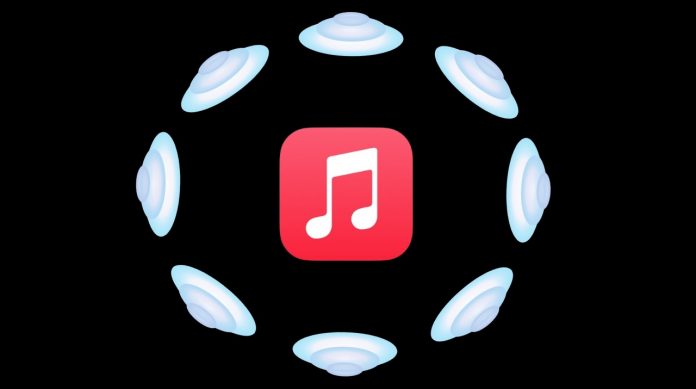 Apple: It has been revealed that after tomorrow’s WWDC 2021 keynote, it will launch the Spatial Audio feature it developed for Apple Music.

Apple announced Spatial Audio for Apple Music along with the Lossless audio format in May. The company stated that the expected innovation will be available to users in June. According to the latest information, Apple will launch the feature with the event it prepared for Spatial Audio after the WWDC 2021 keynote tomorrow.

An Apple Music video named ‘Introducing Spatial Audio’ has been discovered on Reddit. The video gives viewers a date for the special event that will take place after the WWDC 2021 keynote. Monday, June 7th. This feature, which will give music lovers a more realistic sound experience, will finally be available from tomorrow.

Spatial Audio, instead of using fixed sound channels, takes into account the user’s head movements and ensures that the music sources are positioned in sync with the user’s body. Built on top of Dolby Atmos, this feature promises listeners a more immersive audio experience. Apple previously said that thousands of songs in the Apple Music catalog can be listened to with Spatial Audio, and the number will increase over time.

This feature was first introduced to watch programs on Apple TV+. With Spatial Audio, when watching a movie or concert, the front of the sound is always where the device is. For example, in a 3D space, you will be able to turn your head towards the incoming sound and hear the sounds as if they are in front of you.

Normally, Spatial Audio is reserved for devices with head tracking. However, some reports state that the HomePod and HomePod mini will also have Spatial Audio. Apple will explain on which devices this feature is supported and how it works through the event. Until then, we will not know how a device with Spatial Audio will interact with the user when music is played.

Apple has yet to reveal what hardware is required for Spatial Audio to work. However, the feature is thought to be compatible with AirPods Pro or AirPods Max at a minimum.

What do you think about Spatial Audio that Apple will announce?