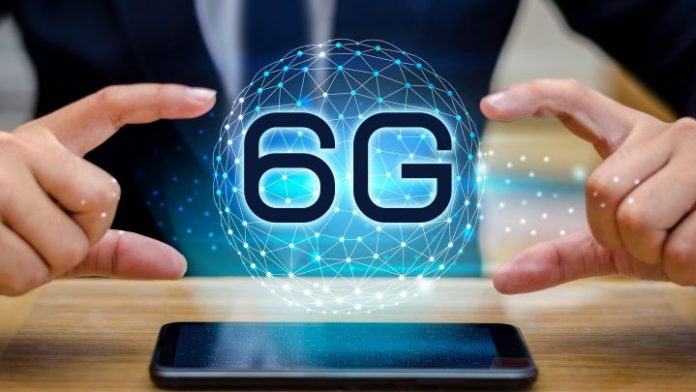 For a couple (or more) years we have been on the subject of 5G, the new standard for wireless browsing speed. And in fact in Spain we have just finished the Second Digital Dividend, with a new DTT retune process to make room for the 5G requirements. But some companies and countries are already thinking directly 10 years ahead. And the future is called 6G.

Although 5G is still in its initial adoption phases in many countries around the world, South Korea hopes to commercialize its next generation, 6G, between 2028 and 2030, as the Prime Minister of the Asian country, Chung Se-kyun, assured in a meeting. of ministers related to Science and Technology held in August 2020. The strategy consists of the preventive development of the ‘security standard for Next Generation Technologies’

Its goal is to achieve a data transmission speed of 1 terabyte per second, which is five times faster than that of 5G mobile services. Also reducing the delay time to a tenth of 5G services – 0.1ms for wireless services and 5ms or less for wired services).

In a document from the research division Samsung Research that came to light in July 2020, the South Korean company indicated that it expects that in 2021 the ITU-R, a sector of the International Telecommunications Union (ITU) responsible for communication by radio, get started to define a vision for 6G.

Sunghyun Choi, head of the Advanced Communications Research Center of Samsung Research, has assured that although the commercialization of the 5G data network is still in its initial stages, “it is never too early to prepare for 6G”, emphasizing that Samsung Electronics will begin “full-scale” 6G research starting this year.

And another company that is already looking to the future is Apple, which a few months ago debuted its first iPhone with 5G technology. The Cupertino people have placed an announcement this week seeking expert wireless research engineers for “current and future networks,” with positions to fill in Apple’s Silicon Valley and San Diego offices.

Individuals hired for the positions will “research and design next generation (6G) wireless communication systems for radio access networks” and “participate in industry / academic forums passionate about 6G technology.” Industry observers don’t expect 6G to roll out until around 2030, but job listings indicate that Apple wants to be involved in the early stages of new technology development.

Be a leader and not depend on anyone

Apple’s current line of iPhones use 5G modems designed by Qualcomm – the author of Snapdragon processors. Although the company launched its first 5G devices at an opportune time, several phone manufacturers were ahead of it in the market and Apple relied heavily on Qualcomm for connection to the new wireless network, which dramatically improves the number and speed of devices. data that consumers can download.

In order to include 5G in the latest iPhones, Apple settled a dispute with the San Diego-based chipmaker. Apple’s early involvement in the research and design of the 6G indicates that it certainly doesn’t want to depend on anyone for the next technological leap in wireless communications. In fact, late last year Apple joined an alliance of companies working on the standards of 6G and other next-generation cellular technologies.

Although the race for 6G is already underway, it must be remembered that 5G is still in its first stages of settlement and installation around the world. Apple already has 5G mobile phones on the market, but it has not yet implemented that technology to other devices of its own such as the iPad or the Apple Watch, so it still has work to do with 5G, although without losing sight of the next technological leap. .