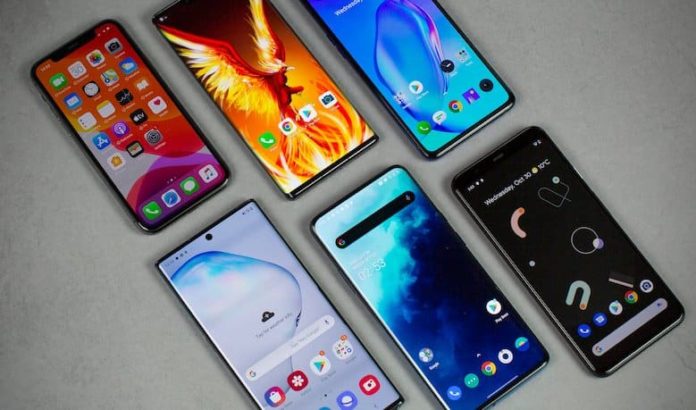 Apple, Samsung: The top 10 bestsellers phones in 2019. The war between different brands of smartphones has been raging for years! Here are the top 10 most sold in 2019!

Every year, the ranking of the best-selling smartphones in the world is released! The one for 2019 has just been revealed! Not surprisingly, Samsung and Apple dominate the other brands.

Thus, finally knows the ranking of the best-selling smartphones in 2019! Apple and Samsung share the victory and almost the entire ranking. But another brand invites itself! It is the Chinese brand Xiaomi. In the past, it was Huawei that succeeded them.

We can therefore see that the two major technology brands dominate the top 10! US and South Korean companies sell a lot of phones. Like every year, they share the podium! The ranking was released by Business Insider. The smartphone market is therefore mainly divided between Apple and Samsung!

Be aware that often in the movies, the “good guys” have an Apple brand phone . You should know that the American firm sells all the more thanks to this advertising! We can also see on the ranking that the first two smartphones are from Apple.

APPLE AND SAMSUNG SHARE THE WORLD MARKET!
Only in third place is a Samsung brand phone. The Samsung Galaxy A10. So, in the top 10, we can see that there are 5 Apple brand phones. There are 4 of the South Korean brand. A big difference distinguishes them! Indeed, with the American brand, it is the most expensive devices that sell the most.

On the other hand, with the Asian brand, it is the cheapest phones that sell best. The last brand to be included in the ranking is the Xiaomi brand. It replaced Huawei, so far still in the top 10.

Cyberpunk 2077: play in third person thanks to the mod