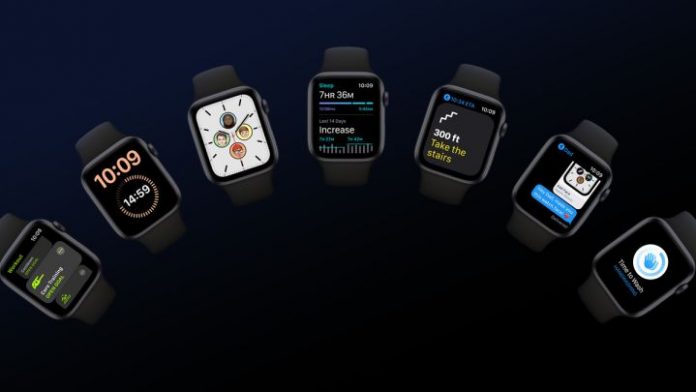 Apple: When you buy a new device, you are the one who has the privilege of unpacking it and starting it up. The feeling of removing all plastics, the feeling of being the first to acquire that unit and configuring it at ease are small details that are always liked. But some users may want the device even if it has already been fixed, the so-called reconditioned, and Apple now has in its own section the latest models of the Apple Watch 6 and SE.

The latest from Apple in smartwatch for less cost

The arrival of reconditioned products has revolutionized the market by putting newer products at a lower price. Many businesses have joined this trend in which they fix a new product and put it on sale again. Of course, the previous tests guarantee that this product really works, so that once fixed it can be sold with the assurance that it fulfills its purpose.

You may not know it, but Apple also has a section in its store for the sale of reconditioned products. Yes, the firm itself is dedicated to restoring all the devices it receives with problems, reviews them and sells them. And it seems that the sales turn of the reconditioned Apple Watch 6 and SE has already become feasible. These new watches that we met at the end of last year have appeared on their American website.

Prices vary depending on the model and range from $ 259 to no less than $ 600. This is due to the version they present and it is already known that there are different models as if they have GPS, the ability to be used as a mobile or the size of the box. Hence, there is such a difference in price, but they all have one common feature: they have been tested and work perfectly again.

Waiting to be available in Spain

At the moment, the bitten apple has only put the reconditioned Apple Watch 6 and SE on its US page. There will still be time for us in Spain to have access to these terminals, but you should know that there are other products with this feature available on the website. You should know that these devices, although they are fixed, also have a guarantee not only that they work but also fail-safe for one year and you also receive it as new in its box and with its corresponding cables.