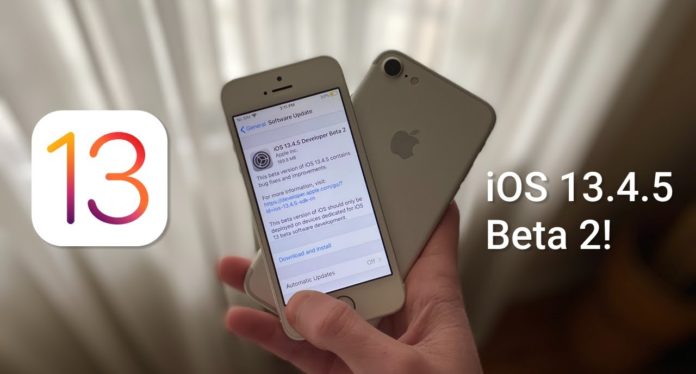 Introducing the 2020 iPhone SE today, Apple has brought an update to the developer betas along with the phone. The update includes bug fixes and new features.

Apple has now released its second developer beta version. Both updates are available for download and use for devices enrolled in Apple’s beta software program. The update is available on any iOS 13 or iPadOS 13 compatible device.

With the update, VPN problems have disappeared:
Apart from iOS 13.4.5 and iPadOS 13.4.5 bug fixes, it also brings new features. In the latest version of the operating system, Apple Music songs can be shared on Instagram and Facebook, but this feature has some bugs, and the company has a chance to compensate for these bugs. Apple has integrated CarKey support for smartphones and tablets with Touch ID fingerprint sensor.

With the update released today, VPN-related issues on iPhones and iPads were also resolved. Adequate security could not be provided due to VPN problems and users were having problems. Apart from these, an issue that occurred while searching for the ‘+’ symbol in Google entered from Safari has been fixed.

iOS 13.4 and iPadOS 13.4 were released in the first week of April. These updates brought full support for iPads for the mouse and Trackpad. These updates include innovations such as iCloud File Sharing, CarKey application programming interface, and a change in Mail’s bottom bar design. Features such as support for third-party apps appearing on CarPlay’s panel and keyboard shortcuts used in iPad’s Photos app are also included in these updates.