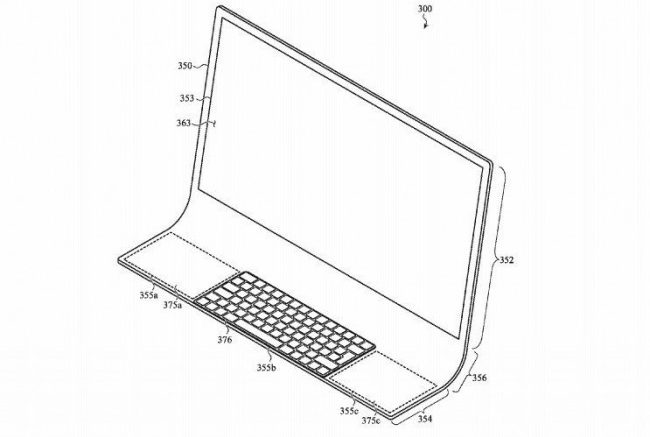 Apple has received a new Mac patent. The patent shows the design of a next-generation Mac with a curved display panel. Apple’s new patent seems to show the company’s perspective on foldable screens.

US-based technology giant Apple; Manages to win the appreciation of consumers with products such as smartphones, tablets, desktop and laptop. The company has managed to attract large audiences, especially with the iPhones it offers to consumers, and Apple continues to sell tens of millions of iPhones each year, although it has been declining for the past few years.

From time to time, we transfer various patents that technology manufacturers have received. While some of these patents remain on the table as a project, others can become real products. Now Apple has received a new Mac patent that has not yet been confirmed whether it will be a real product. This patent shows a new generation Mac design with a curved glass panel.

Here is Apple’s new Mac patent
According to the information contained in the patent file, this Mac model of Apple has a foldable structure. The curved glass panel that extends directly from the screen to the table can be folded towards the screen. The computer automatically shuts down when the user folds this glass panel. However, we can say that the technology in this patent can be extremely challenging for today’s technologies. Because even foldable smartphones are not yet durable and useful in the desired level.

The patent in question does not show that Apple is working on a new Mac model with a precisely curved glass panel. However, the fact that the company has received such a patent shows that it has some ideas on the technology in question.

Xiaomi Mi 11’s first stops after China have been announced