Today, November 18, Apple announced the App Store Small Business program, which aims to reduce the rate of 30% on each transaction made in the app store to 15% only for developers who have annual revenue below $ 1 million.

Now, as you might expect, Epic Games and Spotify – which are openly against Apple’s policy of limiting every transaction on apps from being made by the App Store, as well as its 30% rate on purchases – have issued, each one, a note that repudiates the program created by Apple.

The game developer, responsible for the popular game Fortnite, stated that the cut to 15% made by Apple was determined as a way to “separate” the developers and, thus, undermine the offensives made against it:

“This would be something to celebrate if it weren’t for Apple’s calculated move to divide app developers and preserve its monopoly on stores and payments, again breaking the promise to treat all developers equally,” said company CEO Tim Sweeney.

The businessman also points out that Tim Cook’s company intends to “remove enough critics so that they can get away with blocking competition and with its 30% rate on most in-app purchases. But consumers will continue to pay inflated prices plus Apple’s fees. ”

Spotify – responsible for one of the biggest music streaming apps available on both the App Store and the Play Store – highlights that Apple’s decision only highlights the company’s “arbitrary and capricious” decisions and asks that regulators not take the “facade” created by Apple:

Apple’s anti-competitive behavior threatens all iOS developers, and the latest change further demonstrates that App Store policies are arbitrary and capricious. While we find its fees excessive and discriminatory, the fact that Apple links its own payment system to the App Store and the communication restrictions it uses to punish developers who choose not to use it, place applications like Spotify at a significant disadvantage in compared to its own competing services. Ensuring that the market remains competitive is a critical task. We expect regulators to ignore Apple’s ‘facade’ and act urgently to protect consumer choice, ensure fair competition and create a level playing field for all. ”

See Also
Apple: Products Left For Repair Will Not Be Taken Until Stores Are Opened

It is worth mentioning that the rate reduction from 30% to 15% encompasses 98% of the Apple app developer community, but that number represents only 5% of the profit obtained by the App Store in the last year, according to a survey conducted by the company Sensor Tower. 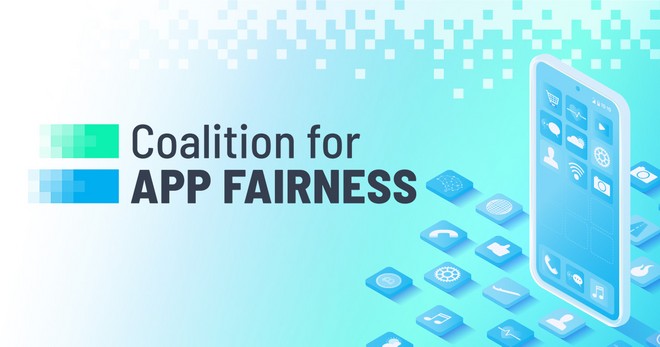 Both Epic Games and Spotify are part of a group of developers who have come together against Apple’s alleged monopoly practices. Called “Coalition for App Fairness”, the group also issued a note to repudiate Apple’s action:

Today’s announcement ignores the fundamental flaws of the App Store. Coalition for App Fairness advocates progress and significant changes. Until Apple updates its policies to adopt the App Store Principles and create a fair ecosystem, developers around the world will be in the same place they have always been.

In addition to Spotify and Epic Games, the Coalition for App Fairness also has other big names, such as Deezer, Basecamp and Blockchain.com.

Prior to his death, Sulli had asked his record label to...

Bitcoin Whales Are On The Move! What is the meaning?

343: Halo will not be released on Master Chief Collection

PS5 Events: Instant access to games from the menu