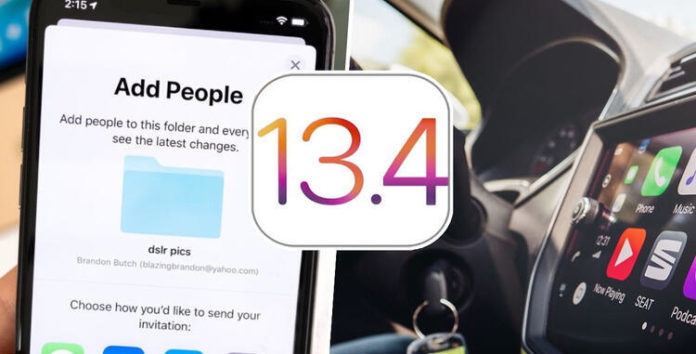 US technology giant Apple gave iPhone users 30 different reasons to install iOS 13.4, its new iOS version. The reasons given by the company revealed vulnerabilities that were present in the previous iOS version and were corrected with the new version.

Of course, as with any company update, Apple’s newly released updates were met with both joy and anxiety. Users who love new Memoji stickers and iCloud file sharing welcomed the new version, while users who had problems with the new version did not enjoy this version very much.

Apple shared 30 reasons to install iOS 13.4:
The new iOS version has made the operating system much safer with this update, although some people did not like it. Apple, who wanted to tell this to every user, made a new share today. The company has shared issues with the new update for its users to install iOS 13.4.

In its post today, Apple announced 30 separate issues fixed with iOS 13.4 to convince users. Among the major issues that are said to have been fixed by the company were Bluetooth, Email, Messages, Safari, and errors in many apps.

Bluetooth: An attacker in a privileged network location can interfere with Bluetooth traffic.

CoreFoundation: A malicious application can raise privileges.
Icons: Setting up an alternative app icon can reveal a photo without needing permission to access the photos.

Kernel: An application can read limited memory.
Messages: A person with physical access to a locked iOS device can reply to messages even if the responses are disabled.

Safari: A user can give website permissions to a site he doesn’t want.

You can read all the innovations that came with the new iOS version iOS 13.4 published by Apple from article we prepared earlier. You can also browse the same post to learn how to upgrade the iOS version of your iPhone.

Microsoft Will Improve Its Accessibility Features; So Are The New Options...

Mario stars in a new version of Nintendo Switch