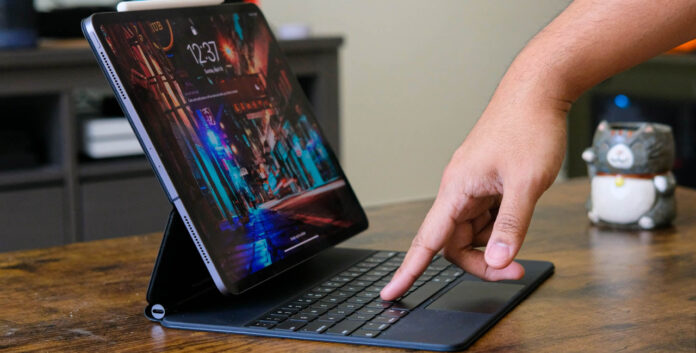 The accessories of the iPad, which is at the top of the tablet usage, also have a large usage mass. For this reason, the company continues to work on new designs and patents for accessories. The new patent will provide users with great convenience.

New iPad Magic Keyboard patent
According to the new patent images, the company will make two accessories easier for users. When the image is examined, it is seen that there is a partition in the hinge part. It is said that Apple Pencil will be placed in this compartment so that users can carry the pen and tablet more easily.

Currently, Apple Pencil can be carried on the top of the iPad. In addition, charging can be made from this point. When the new Magic Keyboard design is examined, it looks no different from the design currently in use. However, the pen input is positioned instead of the USB Type-C port on the hinge part.

The answer to the question of when will this iPad Magic Keyboard patent meet users is not yet clear. However, it is said to be available with next generation iPad and Apple Pencil devices. It is also a matter of curiosity how the hinge, which already has a Type-C inlet, will grow and maintain the pen.

Death of COVID-19 Patient Rescued by Direct Oxygen to Blood