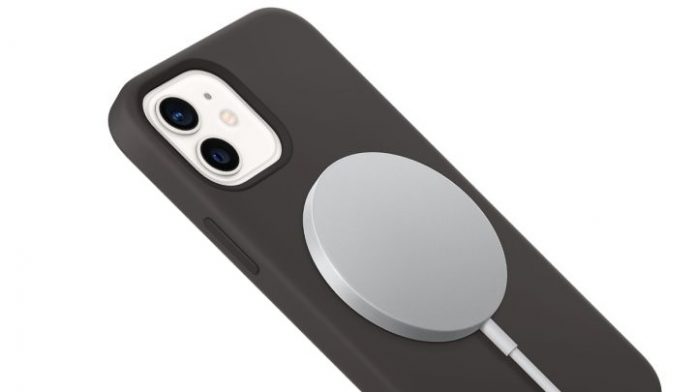 During the presentation of the iPhone 12 we saw the integration of the new series of gadgets proposed by the company: the MagSafe. They are different accessories that complement the use of the terminal and that take advantage of its magnetic capabilities. For example, the covers enhance the adhesion of a small card holder that is placed on the back of the iPhone, although it also has a charger with these characteristics. And this is precisely where the company wants to make progress with a new MagSafe charger design.

The new MagSafe charger for iPhone

As we have told you, Apple has a new line of accessories with which it intends to create a new ecosystem with iPhone. This is called MagSafe and it is a series of accessories that are added magnetically to the mobile. But this feature can go even further with a new approach that has already been patented by the Cupertino company.

And, as we see in the graphics shared by MacRumors, the company proposes a new charger and port design. Specifically, this new magnetic coupling will have the shape of a traditional charger like those that are attached to the base of any telephone today. It would be designed with several links through which to connect the mobile to the current and a design with which to ensure the connection magnetically.

Goodbye to the Lightning port?

That Apple is behind a new charging system is nothing new at heart. We have been waiting for years for the iPhone to receive this connector, and even Europe has asked the bitten apple to standardize this port. Be that as it may, it seems that the Lightning connector has its days numbered. The last step could be this in which we have seen a new MagSafe charger for Apple devices. And the fact is that although the word ‘iPhone’ does not appear anywhere in the patent, the images do show it. It would not be strange to see this news on the phone.

But with these ideas the same thing always happens, they are ideas and can stay in a drawer forever. For this reason, it cannot be said that the iPhone 13 will arrive with a new charging port and we will have to wait to know the plans that the Cupertino have to implement a novelty of this caliber, since it would mean that users will no longer use the cable that has been on the market since nothing less than the iPhone 5.