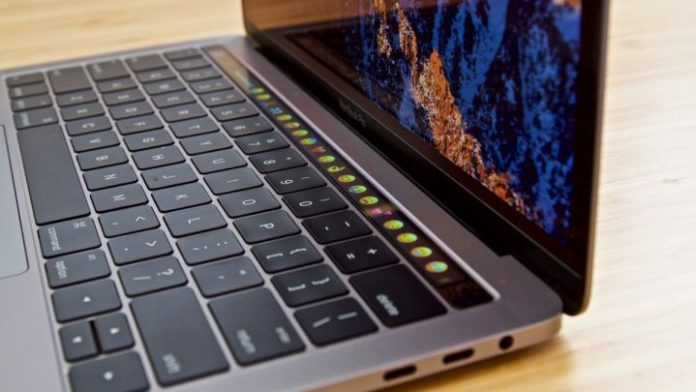 Apple is one of the most innovative companies in the technology sector. The trend of removing things from their devices in order to leave the most modern ones is well known, and something similar happens in his new patent. It turns out that one of the latest ideas of the bitten apple is to place screen keys on the keyboard of your MacBook.

The evolution of the Touch Bar

For a few years, some MacBooks have had a digital bar that can be customized to suit the user. This also changes depending on the application that is running to help the user to better navigate through it. But in the house of those from Cupertino they think that this function cannot be left in the upper part of the keyboard as this new patent shows.

In it we see that Apple tries to implement keys with customizable OLED panels. The concept is the same as the bar we talked about before, although in its case they are individual OLED panels. These will be placed on strategic keys that users use as shortcuts to determine the function they will play when pressed.

For now, the location of these buttons are on the outside of the keyboard. This if we look at the patent, which only reflects an idea of ​​how these keys with screens would look on the MacBook. We must wait to know all the details that the bitten apple saves for the new MacBook, if it really opts for this technology.

Not just for MacBooks

Another thing that Make Use Of stands out about the arrival of these patented OLED keys is that it would not be exclusive to MacBooks. This feature could reach other keyboards of the company such as, for example, those that are integrated with the iPad. But as we say in these cases, it is a patent and everything is a matter of waiting to know the true plans of the company for future generations of devices.

This is a very risky idea, although it is not the first time that we have seen a company give an additional function to the elements of a portable keyboard.

Super Nintendo World is already on the trains

Steve Jobs will have a statue in the ‘Garden of Heroes’