Home Tech Apple Patents Keyboard Project That Can Be Used as a Computer: Is... 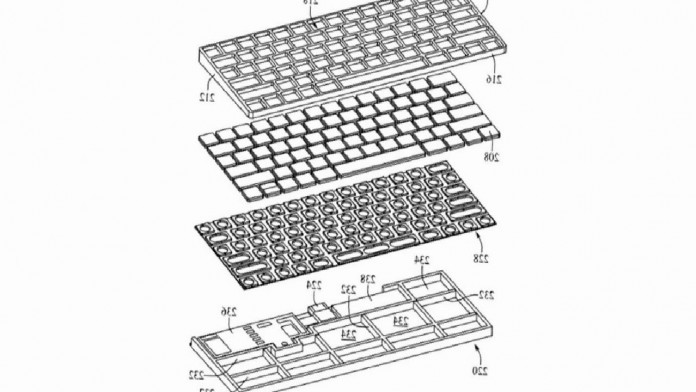 Apple recently patented a very interesting product. According to the patent, Apple engineers are working on a computer that looks like a keyboard. We look forward to new information from the engineers who plan to place a computer inside the keyboard in the coming days about this new product.
Technology giants continue to surprise us with the new technological tools they release almost every day. Apple, one of the biggest names in the technology world, has announced that they are planning to release a foldable screen Macbook in the future. It was also announced that 3 new Mac models are on the way.

However, according to some rumors, the tech giant company asked many of us, “How?” He started working on a new project that will make you say. It is said that the new product Apple is working on will be a ‘keyboard’ containing a computer.

Is MacBoard coming?
If it happens, according to this new project, which could revolutionize the world of technology, keyboards will now turn into computers. It is thought that the project, in which a system similar to desktop Mac computers, will be placed inside the keyboard, will make a lot of noise. Apple engineers have patented the project and expect these keyboards to become a product of choice for desktop computer users in the future.

We look forward to seeing how they will make all those parts of a desktop computer fit inside the keyboard. This new ‘keyboard computer’ can perhaps be offered for sale at a more affordable price than other computers produced by Apple, after all, the product we purchased is just a keyboard, even though it contains a computer. Of course, one should not get carried away by these thoughts and hope too much. It is also worth remembering that Apple never released many interesting products that it patented. We hope that this new product that excites us will not be one of them.

For those wondering, the patent drawings of the keyboard are as follows:
Although this picture does not feel like it will be much different from the keyboards that many of us are currently using, when you look at the bottom floor, you can see that the inside of the keyboard is divided into sections, just like the rooms of a house. It will be exciting to see Apple engineers place computer parts in such a size and order that they fit into these tiny cubicles.

Apple has indeed done a very creative job with this patent. In this image, which is located towards the end of the patent, you can see that the keyboard can be opened and closed just like a piece of paper.