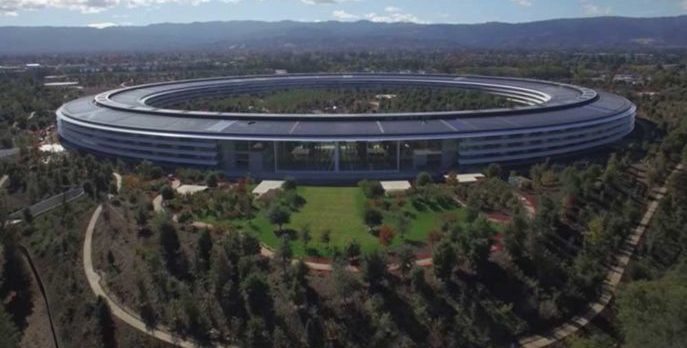 Apple, one of the first names that come to mind when it comes to the technology sector, has faced situations that require intensive work in the past months. The headquarters of the company, which closed its stores around the world and encouraged its employees to work from home, was immersed in great silence.

A new type of coronavirus, which emerged in Wuhan, China in the last month of 2019, caused rapid increases in the number of cases and deaths worldwide, as it can be transmitted easily and quickly. Authorities wishing to protect their people from this virus had to take a series of measures, such as curfews.

In addition to senior government officials, many corporate companies also considered their own employees and made it necessary to work from home for those who are suitable for this. Silicon Valley giant Apple’s Headquarters Apple Park, located in Cupertino, California, USA, was buried in complete silence.

Apple Park has almost turned into a ghost town.

Images shot by drone pilot Duncan Sinfield and posted on YouTube revealed the effects of encouragement to stay at home made by the authorities and incentive to work from home by Apple. The gigantic Apple Park campus, with its employees who are only of high importance and can do their job only physically, looks no different from the abandoned.

The rainbow scene designed by Jony Ive (Apple, Chief of Design), which attracted attention at the official opening ceremony of Apple Park in May 2019, is clearly visible in the video shot with the drone.

Who are those who continue working at Apple Park?
As can be seen in the video, several employees are still in Apple Park and continue their work here. It is stated that these people are critical employees such as database managers and information technology personnel.

At the same time, the California state authorities’ stay at home, where Apple Park is located, exempts information technology staff and database administrators from this order.