Home Tech Apple No Longer Lets You Install iOS 15.1 On Your iPhone, Or... 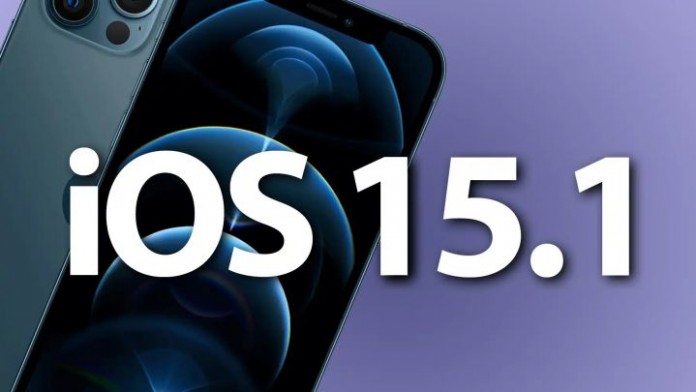 Apple has a policy of keeping its ecosystem up-to-date, and the company stops signing older iOS versions shortly after officially releasing a new one, to ensure that all iPhone users are running the latest software on their devices. Something that has also happened with one of the latest iOS versions.

Just last Tuesday, according to the iMore site Apple finished signing iOS 15.1, which means that users who updated their devices to iOS 15.1.1 or iOS 15.2 beta can no longer downgrade to iOS 15.1. This comes a month after the company stopped signing the iOS 15.0.2 firmware.

iOS 15.1 was released for all users at the end of October with some new features, such as the COVID-19 vaccination certificate in the Wallet app, SharePlay in FaceTime, ProRes for iPhone 13 Pro users, and more. The update also brought an option to manually disable Macro mode on the iPhone 13 Pro and iPhone 13 Pro Max.

A few weeks later, Apple released iOS 15.1.1 to fix some bugs affecting iPhone 13 users. According to the company, earlier versions of iOS 15 have a bug that causes phone calls to drop unexpectedly.

Therefore, if you have experienced a serious problem with iOS 15.1.1, unfortunately you will have to wait for a future update instead of downgrading to iOS 15.1, or choose to install the beta of iOS 15.2. In fact, users running iOS 15.2 beta can no longer downgrade to iOS 15.1 either. If you want to install the beta, we will tell you how