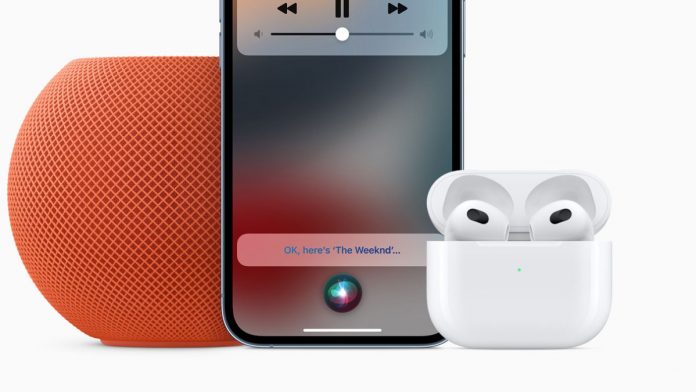 Apple Music: Getting used to giving us surprises, Apple today announced during its event in which we have been able to see the new MacBook and AirPors 3rd Gen the Apple Music Voice Plan, a new level of subscription to Apple Music designed with the virtual assistant Siri in mind.

The Apple Music Voice Plan gives subscribers access to the service’s 90 million song catalog; tens of thousands of playlists, including hundreds of new mood and activity lists, custom mixes, and genre stations; as well as the award-winning Apple Music Radio – all through Siri for just $ 4.99 per month (US price) in its cheapest version.

Apple Music is also adding hundreds of new mood and activity playlists created by Apple Music editorial experts that are fully optimized for voice only. Subscribers can ask Siri to “play the dinner playlist,” “play something relaxed,” or even “play more like this” for a truly personalized music experience.

These new playlists are available to all subscribers of any Apple Music plan, and they make using Apple Music, along with Siri, even better. Subscribers to the Apple Music Voice Plan will also have access to the entire lineup of Apple Music playlists, including favorites like New Music Daily, Rap Life, Today’s Hits, Today’s Country, A-List Pop, R&B Now, and plus.

Android Phones in Ukraine to Send Notifications on Russian Airstrikes