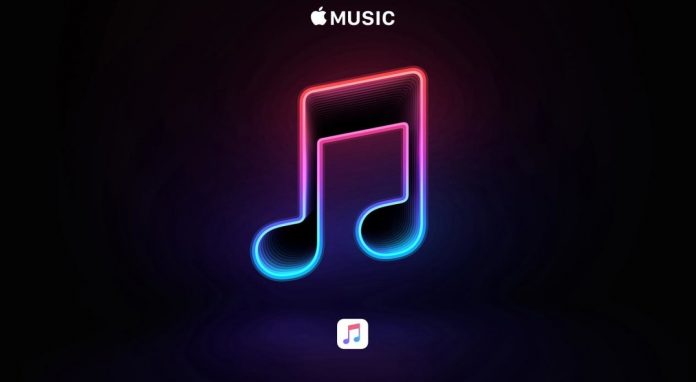 Apple Music announced on Monday that Spatial Audio and Lossless Audio features with support for Dolby Atmos. Later reports showed that Apple Music‘s audio products such as AirPods Max, HomePod and HomePod mini are not quite ready for this high-quality music experience.

According to The Verge site’s information from Apple, the top-class headset model with active noise canceling AirPods Max does not offer native support for playback of lossless music files. A representative sending a statement to the site on behalf of Apple said, “Lossless audio is not supported on AirPods, on any model.” said. “AirPods Max wired listening mode only accepts analog output sources. AirPods Max does not currently support digital audio formats in wired mode. ”

It is understood that AirPods and AirPods Pro do not have the ability to play lossless audio. Because they are completely wireless and Apple supports the AAC codec over Bluetooth. AAC sounds great, but cannot match the bitrate of CD quality or higher resolution tracks. To do better, Apple needs to find a new wireless encoding technique (like Sony’s own version of LDAC) or have those things play music over Wi-Fi instead of Bluetooth. None of this will happen today or in June, when Apple Music will begin offering lossless.

Things seem a bit more complicated with AirPods Max, which can be connected to audio sources via a cable. However, it turns out that even if Apple’s Lightning to 3.5mm cable is plugged into a device that streams lossless Apple Music tracks, you won’t be able to hear the full sound accuracy of the source.

Apple tells The Verge site that when you play a 24-bit / 48 kHz Apple Music lossless track from an iPhone to AirPods Max using both a cable and a Lightning adapter, the sound is converted to analog and then re-digitized in 24-bit / 48 kHz format. This re-digitization step is the reason why Apple cannot say you hear pure lossless audio; the same sound output as the source is not provided.

Nevertheless, a sound output that will sound very good will be presented. AirPods Max’s sound is outstanding, even with AAC over Bluetooth, and plugging can make the experience richer. However, if you are meticulous about technical details, you should know that AirPods Max cannot truly receive lossless sound.

Also, the Apple Music Spatial Sound feature announced yesterday will work on AirPods, AirPods Pro and AirPods Max. So all songs with these Dolby Atmos mixes will feel more immersive than their stereo counterparts. Apple must be thinking that spatial audio will be more important to many customers than lossless quality. However, in the future, it will do something technically for the new headphones to offer lossless sound support.

On the other hand, Apple also noted on The Verge site that HomePod and HomePod mini will not offer similar lossless audio support. Also, MacRumors verified the same situation by various sources.

The good news is that the HomePod and HomePod mini will support the company’s new spatial audio experiences that are expected to deliver more immersive sound than a standard stereo or virtual surround mix.

And Apple says none of these devices will ever fail to play lossless tracks completely. It will not be possible to listen only to the tracks in lossless quality.

Explanation of TikTok slang: FYP, POV, PFP — what do they...