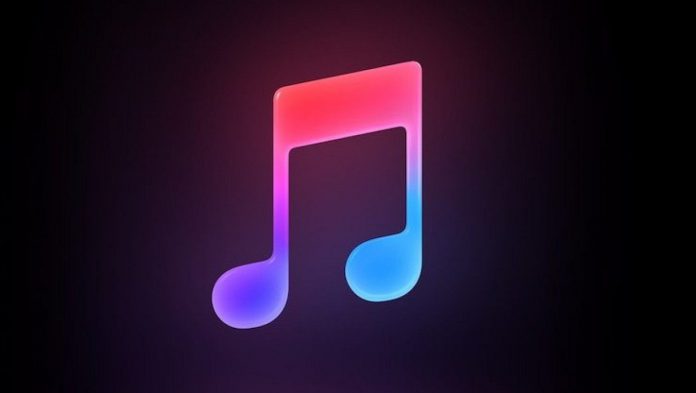 Apple Music has announced that Apple Music will bring industry-leading sound quality to subscribers with the addition of Spatial Audio equipped with Dolby Atmos support. The future of the feature has been evident with the leaks that have increased over the past week.

Spatial Audio gives artists the opportunity to create immersive audio experiences for their fans with true multi-dimensional sound and clarity, Apple said. Apple Music subscribers will be able to listen to more than 75 million songs under the Lossless Audio service, depending on the artists creating them in the studio. These new features will be available to all Apple Music subscribers at no additional cost starting next month.

“Apple Music is making its biggest advance in sound quality ever,” said Oliver Schusser, Apple’s vice president of Apple Music and Beats. said. “Listening to songs in Dolby Atmos is like magic. Music comes from your environment and sounds incredible. Now we bring this truly innovative and immersive experience to our listeners with pieces from their favorite artists like J Balvin, Gustavo Dudamel, Ariana Grande, Maroon 5, Kacey Musgraves, The Weeknd and many more. Subscribers will also be able to listen to their music in the highest sound quality with Lossless Audio. Apple Music as we know it is about to change forever. ”

What does Spatial Sound offer with support for Dolby Atmos?

Apple is bringing Spatial Sound to Apple Music with support for Dolby Atmos. Dolby Atmos is defined as a revolutionary, immersive audio experience that allows artists to mix music so that sound comes from all sides and up. By default, Apple Music will automatically play Dolby Atmos tracks on all AirPods and Beats headphones with H1 or W1 chips and built-in speakers on the latest versions of iPhone, iPad and Mac. Apple Music will constantly add new Dolby Atmos tracks and create a custom Dolby Atmos playlist to help listeners find the music they love. Additionally, albums available in Dolby Atmos will have a badge on the detail page for easy exploration.

With the release of the feature, subscribers will be able to enjoy thousands of songs in Spatial Audio from some of the world’s greatest artists and music of all genres including hip-hop, country, Latin, pop and classical. As more artists start creating music, especially for the Spatial Sound experience, Apple says; Apple Music works with artists and labels to add new releases and top catalog tracks. Apple Music and Dolby make it easy for musicians, producers and mix engineers to create songs in Dolby Atmos. Initiatives include doubling the number of Dolby-enabled studios in major markets, offering educational programs, and funding independent artists.

“Today marks the launch of Dolby Atmos on Apple Music, a new music experience that changes the way music is created by artists and enjoyed by fans,” said Kevin Yeaman, president and CEO of Dolby Laboratories. said. “We are working with Apple Music to make Dolby Atmos and Spatial Audio available to all musicians and anyone who loves music.”

What is Lossless Audio?

Apple Music will also present its catalog of more than 75 million songs as Lossless Audio. Apple uses ALAC (Apple Lossless Audio Codec) to preserve every bit of the original audio file. This means Apple Music subscribers can hear exactly what the artists created in the studio.

To start listening to Lossless Audio, subscribers using the latest version of Apple Music will need to go to Settings> Music> Sound Quality and turn on the setting in question. Here, different resolutions can be selected for different connections such as cellular, Wi-Fi or download. Apple Music Lossless tier starts from 16-bit CD quality at 44.1 kHz (kilohertz) up to 24 bits at 48 kHz. And it can be played locally on Apple devices. In addition, Apple Music offers Hi-Resolution Lossless audio support up to 24 bits at 192 kHz for true audiophiles.

When and how much is Spatial Audio and Lossless Audio coming?

Spatial Audio and Lossless Audio with Dolby Atmos support will be available to Apple Music subscribers at no additional cost.

With the release of the feature, thousands of tracks will be available under Dolby Atmos and Spatial Sound, and more will be added regularly. Apple Music’s catalog of more than 75 million songs will also be available as Lossless Audio.

These new voice features will be available to subscribers from June 2021 at no additional cost.

Subtitles can be added to Instagram stories with stickers

PowerPoint on Microsoft Teams Gets Laser Pointer And Pen