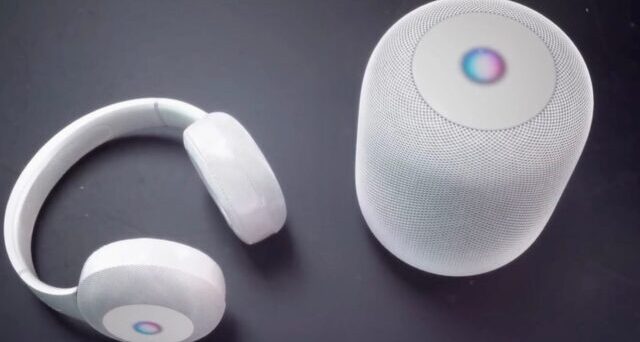 US-based technology giant Apple, which will provide studio-quality music experience and have the technical knowledge, money, resources and technology required to make a class-leading headphone, still has not offered consumers a high-end headset with Hi-Fi support. However, this may change in WWDC 2020 if the rumors are true.

Famous analyst Ming-Chi Kuo, known for his successful predictions on Apple products, said in a statement in 2018 that Apple was working on a top-of-ear headphone designed to be as useful as AirPods. However, even though two years have passed, we still have not had the chance to see this product.

According to rumors, the technology giant of Cupertinolu will officially introduce its new headset, called AirPods Studio, at the 2020 Apple World Developers Conference (WWDC), which will start today and will be held in a completely online format. It is claimed that the headset, which is stated to have Active Noise Canceling (ANC) feature, the right and left channels can be individually customized.

However, the most curious issue should be whether Apple will offer a better sound experience than its competitors. The fact that a company that changed the music industry with the iPod and dominated the industry with wireless earbuds did not have a high-end headset with Hi-Fi support, it was a prominent gap for a long time. What’s even more confusing is that Apple actually has the ability and resources to do this.

Of course, it would be unfair to say that Apple has not made progress on this matter. Because the headphones that came with iPods have come a long way since then. However, the original AirPods, which was released for the first time in 2016, were praised for its enormous functionality rather than its sound quality. Although the sound performance of the wireless headset has been improved in the Pro variant introduced last year, it is still not flawless.

It has been 6 years since Apple bought Beats Electronics, one of the world’s largest audio products manufacturers, for $ 3 billion. The brand has made considerable progress since then. Powerbeats Pro introduced in the past weeks and Beats Solo Pro, which went on sale in October 2019, are two of the biggest examples of this progress with refined bass sounds.

Apple, who has gained a good experience in the field of over-the-ear headphones with Beats, has now developed a high-end headset with Hi-Fi support under its own brand and will be introduced today according to rumors. Apple waits until it is sure that it meets the highest standards in design, branding, supply-demand balance and quality titles before launching a product for the first time. This lies behind the fact that these rumors have been going on for two years.

It is claimed that the headset will be introduced in the WWDC 2020 event, which will be held online today, and will cost around $ 350. Apple is certain to showcase its own branded on-ear headphones at some point, but that day, today; here we are not so sure. Stay tuned for the latest information on WWDC 2020.