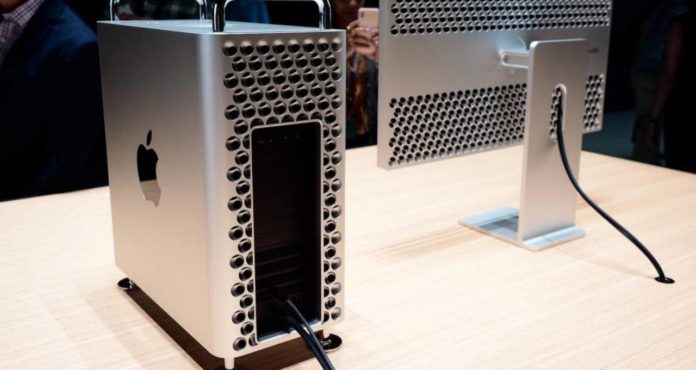 Apple’s Mac Pro, a computer with a grater design that has been expected for a while, finally has an official ordering date. The California-based company, along with Pro Display XDR, released the computer’s sales history.

A few months ago, California-based technology giant Apple introduced the new Mac Pro series, which also gave information about the price of the device. Mac Pro attracted attention with its interesting design and attracted attention with its price. From the outside it looks like a large-sized grater, this computer is the most powerful computer Apple has produced a very different design.

The new Mac Pro with an aluminum body makes the grater look like a confusing air vents. Mac Pro attracts attention with its design and the most interesting part of this interesting design lies in the monster. The Mac Pro, described as Apple’s most powerful computer, features an Intel Xeon W processor that can be upgraded from 8 cores to 28 cores, and is accompanied by 1.5 TB of DDR 4 ECC RAM.

AMD’s new generation of graphics cards in the Apple Mac Pro Radeon Pro graphics cards are used. The Beast also has an Afterburner card, which allows you to accelerate ProRes and ProRes RAW decoders.

We knew that Apple Mac Pro’s cheapest model would be launched with a price tag of at least $ 6,000, but it was not known when the computer would be released. The official release date of the Apple Mac Pro, which will be released with the Apple Pro Display XDR, is December 10.

How To Transfer Your Data, Trophies, Games And Games From PS4...